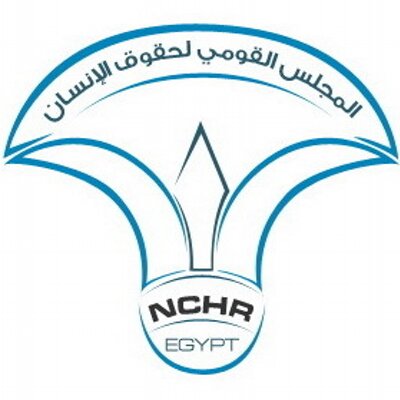 Instead of defending the human being and his rights, it has turned into a tool to polish the regime’s face and protect it and attack the human rights associations and organisations that criticise the regime’s violations.

It is the National Council for Human Rights (NCHR). The existence of national councils in Egypt is considered an ambiguous and questionable matter. These bodies are supposed to be independent of power, based on their establishment as non-governmental legal entities. In reality, however, it has become an additional arm of the Egyptian authority’s repressive practices.

The most prominent of these councils which defends the regime instead of protecting citizens is the National Council for Human Rights (NCHR) and the National Council for Women (NCW). During the past few days, the NCW has been a target to a massive attack, harsh criticism, and widespread ridicule from activists on social media because of its suspicious role in the case of the gang rape of a young woman in the Fairmont Nile City Hotel in Cairo.

The Fairmont rape took place in 2014. After the spread of accounts and video clips of the recent mass rape incident, the National Council for Women submitted a complaint to the Attorney General to investigate the case. After that, it became clear that some young people accused in the case have influential parents and tycoons, which explained why the prosecution was slow in taking action against them until most of them managed to flee outside Egypt. The startling issue is the complicity of the National Council for Women, which leaked the names of girls and young men who were willing to testify in the case in favour of the raped girl. According to the activists’ tweets, the NCW handed over the witnesses’ names to the security services that exert pressure on witnesses on behalf of the accused who have influence and authority.

The case recently took a completely different direction, with prosecutors saying it was a group sex party. After they went to the prosecution to testify, some of the witnesses were surprised that they were accused in the case, held in pretrial detention pending investigations, while some of the real accused are still outside the country.

Bloggers on social media accused the NCW of being responsible for changing the course of the Vermont case, especially after its laggard role in protecting witnesses who turned into defendants and went to prison. The human rights activist, Mona Seif, launched a violent attack on Maya Morsi, head of the NCW, accusing her of not protecting the witnesses, revealing their identity, and exposing them to pressure from the security services and the families of the accused who have power and money. While others demanded the abolition of the national councils in Egypt and the provision of the budget spent on them, others question the benefit of having a National Council for Human Rights in light of the continued torture and imprisonment of innocent people, and the existence of a National Council for Women that advocates for rapists and harassers.

National councils in Egypt are numerous and have been established for young people, human rights, women, disability, childhood and motherhood, mental health, wages, road safety, housing, and others. Most of these councils were established at the beginning of the seventies though citizens complain that they have not solved any of Egypt’s problems.

The role of these national councils is limited to holding conferences and meetings that waste public money amid questions about the purpose of their establishment. How are its members selected for each session? Who supervises them? What is the size of their expenditures, the source of their funding, and are they subject to monitoring? Instead of the national councils acting as a monitor over authorities, they act as a watchdog over the citizens and declare their loyalty to the regime publicly and surreptitiously. Then these councils would become a societal authority over society itself. No evidence is more apparent than the National Council for Human Rights’ members’ appearance in the local and international media to defend the Egyptian police’s suppression and justify deaths in prisons and departments.

Many experts believe that most of the national councils are not known to even many politicians in Egypt, and they spend vast sums of money on the activities of their staff, advisors, etc., which is a waste of public funds. In this context, Dr. Adel Amer, a public law professor, says that the idea of national councils came in the 1971 constitution, and it is an idea from the old socialist system whose purpose was to gather young people to support the regime at the time. He added in press statements that this idea has moved to the 2014 constitution, explaining that the national councils are supposed to be advisory councils that include experts, but that the members of these councils are chosen from among the loyalists of the government.

Huge increases in rebar prices in a monopolised market