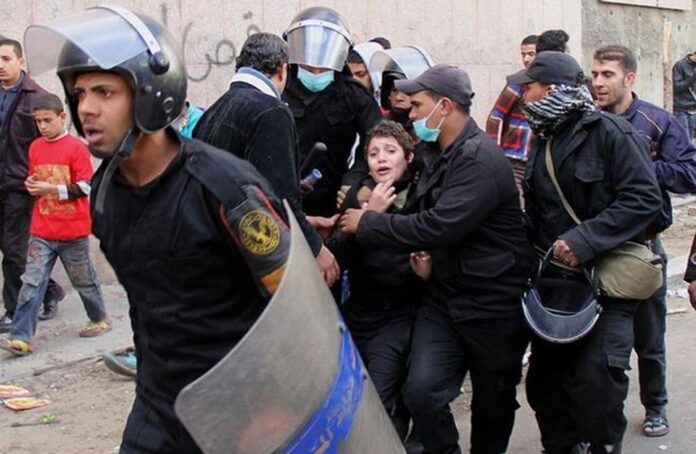 The Egyptian authorities have arrested at least 150 people connected with the protests during the past days, including 14 children.

Lawyer Khaled Ali said that the Supreme State Security Prosecution would investigate these people as defendants in Case 880 of 2020, State Security Detention, on charges of “joining a terrorist group, spreading rumours, false news and data, and misusing communication means.” The authorities charged some of them with financing terrorists. Some were charged with “gathering or inciting a gathering,” and others were charged with “transgression.”

The Egyptian police forces clashed with the demonstrators during the past two days, which resulted in the burning of many police cars in areas in the south of Giza and Cairo governorates. Neither the prosecutor nor the police has issued statements regarding the recent arrest of protesters. However, the Egyptian human rights defender said that at least 25 people were investigated, and the prosecution ordered their detention for 15 days pending investigations into the case.

Biladi Centre for Rights and Freedoms announced that there are 14 children among those arrested who are being investigated by the State Security Prosecution in connection with case 880. Case No. 880 of 2020 Supreme State Security Inventory appeared days before September 20.

Several Egyptian governorates and the countryside have witnessed thousands of citizens protesting during the past days. Some areas have seen hit-and-run operations between the protesters and the police. While the local media ignored the protests, official satellite channels owned by companies affiliated with security services and businesspeople close to the regime said that the demonstrations are limited and that Egyptian satellite channels abroad deliberately amplify them. These demonstrations followed decisions to demolish structures the government said were built in violation of building codes.

The government approved heavy fines for reconciliation to avoid house demolitions. At the same time, villages witnessed several confrontations between angry residents and police forces charged with carrying out destruction during the current month.

The Economist: al-Sisi is not the right man to preserve the...