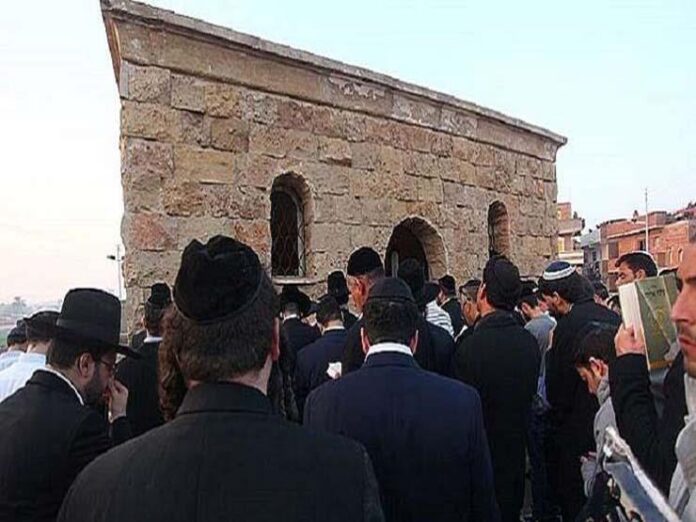 The Supreme Administrative Court in Egypt ruled that celebrating the birth of Abu Hasira, the Jewish rabbi, is to be banned by a final judgment with no appeal. It also ordered the removal of the rabbi’s shrine from the list of Islamic and Coptic monuments and that his remains are to be transferred to Israel. The court’s ruling was in support of the Administrative Court in Alexandria that issued a decision in 2014 to remove Abu Hasira’s shrine and the Jewish cemeteries surrounding it, in Damitu village, Beheira Governorate, from the list of Islamic and Copic monuments in Egypt, notifying UNESCO of the court’s ruling, and banning the celebration.

The Egyptian government challenged the ruling at the Supreme Administrative Court, being the concerned administrative entity. The latter’s ruling, however, upheld the first ruling, thus it became final and cannot be appealed. The court also judged it inadmissible to transfer the remains of the Jewish rabbi to Israel on the grounds that Jerusalem is occupied land, thus the behaviour of the occupying state is applied to it and it is out of its sovereignty to ask for the transfer, and also to avoid legalising the Israeli state. According to the court, all these reasons prevent the transfer of the Jewish remains present in Egypt to the occupied lands.

The ruling also stipulated that the annual celebrations of the Abu Hasira Festival are to be banned because they violate public order and morals and contradict the solemnity of religious ceremonies. The Jewish rabbi of Moroccan descent has been celebrated there since 1907 in the period from 26 December to 2 January every year inside the synagogue present in the village of Damitu, Beheira Governorate.

That synagogue used to be a pilgrimage site for hundreds of Jews every year, especially from Morocco, France, and Israel. Although a preliminary ruling was issued from an Egyptian court in 2001 banning the celebration, the Egyptian authorities allowed the celebration to be held annually until 2010. Since the January Revolution in 2011 until now, no programmes or visits were held at the shrine, nor any celebrations, because of the popular rejection of the festival.

In November 2017, the Israeli Ambassador David Govrin paid a secret visit to Abu Hasira’s shrine that was not officially announced either by the Egyptian or the Israeli sides. Later on, he himself announced the visit in a short video shot inside the shrine, where he said that visiting shrines and praying for their occupants is a common practice for both the Muslims and the Jews in the area.

According to a secret telegram from the Military Council ruling the country at the time that was later on revealed by Egyptian diplomatic sources, the Egyptian government officially informed Israel in 2012 that the Abu Hasira Festival was suspended because of the country’s circumstances.

According to historic sources, Abu Hasira was a Jewish rabbi of Moroccan origin by the name of Yaqoub bin Massoud. He lived in the nineteenth century and belonged to a large Jewish family named the al-Baz family. Some of that family’s members migrated to Egypt and other countries, whereas others remained in Morocco over the time before they eventually settled in Israel. Many Jews believe that he was a blessed character to whom some extraordinary acts were attributed.

Some Egyptian historians say that Yaqoub was born in 1807 in southern Morocco, then he left the country to visit the holy Jewish places in Palestine, but his ship sank. The reason he is called Abu Hasira is that he had a hasira (a straw mat) that led him to Syria. From there, he headed to Palestine, then, after visiting it, he left for Morocco and passed through Egypt. In Egypt, he settled in Damanhor, worked as a cobbler, and formed a tight relationship with a rich Jew called Demitu who traded in cotton. After Abu Hasira died and to execute his will, Demitu arranged his burial in the Jewish cemetery in Demitu Village that was called after the Jewish merchant who owned most of its lands.

The Abu Hasira Festival was well-known in Egypt because its celebrations were paralleled every year with demonstrations in several governorates protesting the arrival of some Israelis at Egypt to celebrate amid popular anger over Israeli practices in Palestine.

The security agencies have no intentions to improve the human rights...