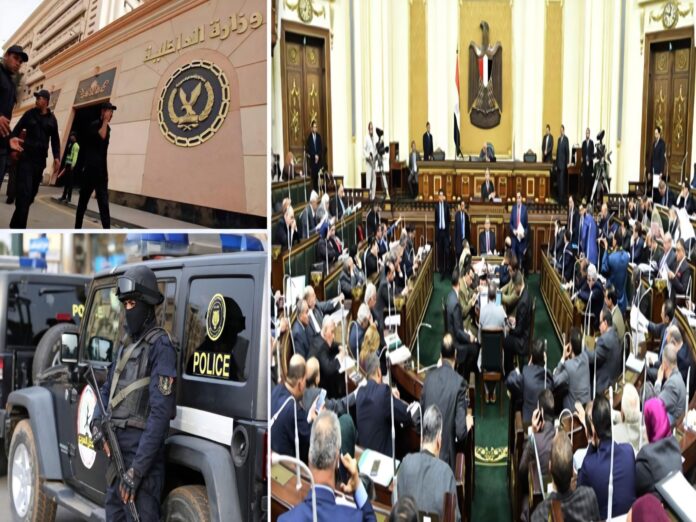 On 26 September, the National Elections Authority will conclude the stage of receiving applications for candidacy for the next elections of the House of Representatives. The security services intend to dominate these elections as they did in the senate council elections as the Nation’s Future Party, the political arm of the National Security Service, will take over the vast majority of the seats, whereas the rest will go to characters close to and satisfactory to the other services.

The security services started their negotiations with those wishing to be nominated on their list, “the National List for Egypt,” last month. In an interview with Egypt Watch, one of the negotiators for a seat in the list revealed that one of the National Security officers, together with a group of the Nation’s Future Party’s leaders, asked him for EGP 20 million initially to be nominated on the list’s seats. Afterwards, the sum might be considered sufficient or they might ask him for more according to the size of demand and turnout.

The source, who asked not to be named, said that after he withdrew from the negotiations because of the enormity of the required sum, the negotiators told him that the bulk of the money will be used as donations to the party and another portion will be allocated to propaganda, besides some gifts and fees. He added that the required sum was raised for some of those who will run in the elections on the list in some of the important circles to reach EGP 30 million. He further wondered, if this was the sum that the security alone will receive besides the expenses of campaigning, how much money will be paid back to the member out of the state’s money to compensate for all of this?

The coming elections have involved faces well-known for serving the regime and who will run in the elections on the security services’ list. Some of them will be among the candidates of the Coordinating Committee of Party’s Youth Leaders and Politicians, including Mahmoud Badr and Mohamed Abdel Aziz, former leaders of the Tamarod Movement, besides Tarek el-Khouly, the security arm responsible for dissolving the April 6 Movement in the past, and Mai, the daughter of the Supreme Media Council, Karam Gabr.

The National List for Egypt saw the inclusion of the son of Mortada Mansour, the former member of the House of Representatives and Chairman of the Zamalek Club, Ahmed, who joined the Republican People’s Party in preparation to be added to the list as a part of the party’s share. Mortada himself runs the elections for the individual seat of the Mit Ghamr Circle, Dakahlia Governorate, after the security services asked him to keep away from his previous circle in Dokki and Agouza, where businessman Mohamed Abou el-Enein will be nominated.

The list also saw the return of the media professional Youssef el-Husseiny, years after his absence as a punishment for some veiled criticism he directed at al-Sisi, like objecting to giving up the islands of Tiran and Sanafir. Some mediators intervened on his behalf to be pardoned by al-Sisi. Among those mediators are his Chief of Staff General Mohsen Abdel Nabi, to be returned once more to the scene as the spokesperson of the national list for the Senate Council elections, then as a member of the List for the House of Representatives elections.

The National List for Egypt in the Giza region is also topped by the member of the expired parliament, the Chairman of its Human Rights Commission, and the former officer in the State Security Alaa Abed who was previously accused of torturing a number of citizens at el-Ahram Police Station before the 25 January Revolution.

The National Elections Authority, headed by Consultant Lasheen Ibrahim, the vice-president of the Cassation Court, opened the door for candidacy for the House of Representatives elections from 17 September to 26 September. The House of Representatives consists of 568 members, to be elected by a direct secret public ballot, with 284 seats allocated to the single-member system, and 284 seats for the absolute closed list system. Both parties and independents are entitled to run in each of these systems, and the president has the right to appoint no more than five per cent of the members.

The law divides the Republic’s governorates to 143 circles for the individual seats and four circles for the closed lists, two of which are each allotted 42 seats and the other two have 100 seats each. Every electoral list must contain a number of candidates equal to the required number to be elected in the circle and an equal number of standby candidates. Both parties and independents are entitled to run in both.

The former Egypt President was killed slowly through medical neglect

Four years after the currency floating: The poor still pay the...