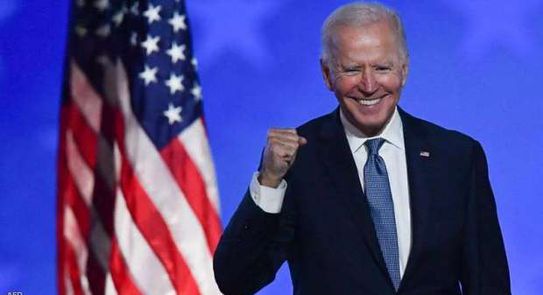 In a surprise move, the Egyptian authorities released hundreds of detainees held in pretrial detention for political cases, whose imprisonment is periodically renewed for long periods.

An Egyptian court convened at the Institute of Police Trustees in the Tora region ordered, in one day, the release of 416 defendants in cases of demonstrations with precautionary measures, including journalists, activists, and students.

Lawyers indicated that throughout their work for many years, they did not witness a decision to release such a large number of defendants at the same session and the same day. In a continuation of the surprises that day, the Supreme State Security Prosecution decided not to appeal the court’s decision to release these detainees, in a move considered by observers to be a retreat from the system in anticipation of the success of the US presidential candidate Biden. In the wake of this rare move, the Egyptian authorities released five relatives of the Egyptian-American citizen Mohamed Soltan and informed the US embassy accordingly.

The latest move confirmed the expectations of some that these measures were in anticipation of Joe Biden’s victory in the US presidential elections. The most prominent cases in which all defendants were released are the case of the demonstrations of September 20, 2019, and the case of Egyptian protests over the islands of Tiran and Sanafir, under which many pretrial detainees have been imprisoned since 2014. Lawyers and jurists have indicated that nearly 2,000 people were arrested in September following demonstrations in villages and poor neighbourhoods, especially Cairo.

Many have linked the release of detainees with the US elections, for which polls favoured the Democratic candidate, Joe Biden, in light of his progress in the initial counting indicators. The media later announced Biden’s victory. Many activists on social media expressed their happiness at the unexpected exit of hundreds of detainees, and many opponents in Egypt did not hide their wishes for Biden’s victory.

While observers were happy about a noticeable change in the issue of political prisoners, coinciding with the US elections and in the event of Biden’s success, others ruled out the idea that it would fundamentally influence Egypt’s domestic politics. Egyptians’ apparent eagerness to follow the results and indicators of counting the American votes through social media shows their certainty that the al-Sisi’s regime’s internal politics is strongly linked to the new American president’s personality. Whilst political opponents in Egypt hoped Biden would win and considered that human rights would improve and that he would put pressure on al-Sisi regarding detainees, the Egyptian state media (loyal to the regime) showed sympathy with Trump.

International reports have indicated the concern of the al-Sisi regime and Egyptian diplomacy about the success of Joe Biden, especially in light of the silence of the US administration led by Trump about al-Sisi’s violations. The reports said that al-Sisi does not favour a change in the White House that might create problems and criticise his human rights record.

Biden’s criticism of al-Sisi’s regime appeared early, when he said in mid-July, “No more blank cheques for Trump’s favourite dictator,” a description he borrowed from Trump. This came in the context of Biden’s criticism of Egypt’s human rights situation, including his refusal to arrest, torture, and exile opposition activists and threaten their families. After that, international criticism of the Egyptian regime increased due to human rights violations and the conditions of detainees and prisoners of conscience who are imprisoned in inhuman conditions.

Two days after 56 members of the US Congress called for the release of activists, journalists, lawyers, and other prisoners of conscience in Egypt, 222 MEPs reiterated these calls. Representatives in the US Congress, most of them Democrats, sent a letter to al-Sisi. They confirmed that human rights violations would not be tolerated if Joe Biden won the US presidential elections.