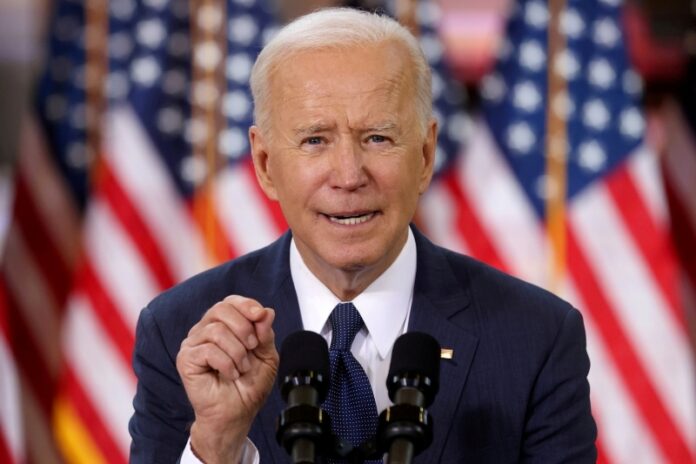 US President Joe Biden made two calls to his Egyptian counterpart Abdel Fattah Al-Sisi after he condemned him after his arrival at the White House over human rights in Egypt.

The war that broke out between Israel and Gaza and lasted for 11 days revealed that Egypt played an essential role in reaching an unconditional ceasefire due to Egypt’s relentless diplomatic efforts. Biden thanked Sisi for these efforts. This matter raised questions, the most important of which is what will be the Egyptian-American relations in the coming period and whether human rights in Egypt will be on Biden’s agenda.

The Washington Institute’s senior researcher and former advisor to the US State Department, David Pollock, points out that the new administration preferred Egyptian mediation in the recent war, “which is in contradiction to [former President Barack] Obama’s administration when Secretary of State John Kerry relied on Qatari mediation in 2014. They discovered it was a mistake. “

Pollock explains that during Obama’s tenure, there was an idea that strengthening relations with Hamas would make it a more moderate movement, which would “limit its danger and restrict its ambition.” Still, now, the current administration believes that there is no possibility that Hamas will head toward the peace process or stability in the region. He points out that “the current administration is working to strengthen the Palestinian Authority instead of Hamas, but the problem is that the Palestinian Authority led by Mahmoud Abbas does not have the legitimacy or popularity like the past, and it is weak because of corruption.”

Pollock believes that Egypt’s effective intervention in the recent war represented a “surprise to all,” after believing that the regime was interested in its internal, economic, and social issues and receded its role in terms of foreign policy. He added, “Now we see Egypt returning to this scene fundamentally.” Pollock considers that the recent Egyptian role “resulted in realising a new reality for American officials.” He noted that “Egyptian aid for the truce and ceasefire in Gaza is more important for the US administration than the various issues in US relations and Egypt, such as violations of human rights and democracy.”

Ashraf Al-Ashry, editor-in-chief of the state-run Al-Ahram newspaper, believes that the American praise, as well as the contacts between Cairo, the National Security Adviser, and his team in the White House, played a major role in setting a set of common denominators for calming the situation and understanding between Cairo and Washington in the coming days. He confirmed that there is already an increase in communication to address much of the Middle East’s issues. He says that “the course of the statements by the Biden administration and other American officials suggests that there will be a gradual opening up of relations with Egypt in the coming days and weeks.”

Al-Ashry believes that the US administration has “a desire to deal with Middle East issues, especially the Arab-Israeli conflict, through cooperation with the regional partners of the United States, especially Egypt.” Al-Ashry considers that the visit of US Secretary of State Anthony Blinken to Egypt during his tour in the region, which includes Tel Aviv, Ramallah, and Amman, is evidence of the importance of Egypt’s role in the next stage. He indicated that the visit would discuss how to develop relations between the two countries and agree on a set of concepts related to developing the relationship in the next stage. ” Al-Ashry also believes that relations will witness a positive transformation, but “not at once and in stages.” He pointed out that such a matter will lead to continued communication between Cairo and Washington, especially that the latter has a desire to play a role in the reconstruction of Gaza and moving the peace process and political settlement.

However, the researcher Muhammad Affan, does not see that the recent US move towards Egypt is a shift as much as it is a desire to calm things down in the recent period, indicating that what happened is “tactical” because of the sudden change and not a strategic shift. Sisi has pledged to provide $500 million in aid for the reconstruction of Gaza, and Egypt reopened the Rafah crossing to send humanitarian aid and allow treatment of the wounded from Gaza in Egypt.

The military escalation began on May 10, after Hamas fired rockets at Israel in solidarity with hundreds of Palestinian protesters who were injured in the violence from Israeli police in East Jerusalem. Affan believes that “the communication between American and Egyptian officials and Biden’s call to Sisi will not be based on a pivotal change in the future,” adding: “Relations will remain tense, and criticism of Egypt will continue regarding human rights violations, but at a lesser frequency.”

Affan pointed out that the US criticism “will not decline between day and night, but an understanding will be made on a set of concepts and mechanisms related to this issue. This topic may be also discussed in depth during the US Secretary of State’s visit to Cairo this weekend, but “it will not be a priority.” He believes that what has changed recently is that there were previous expectations that human rights violations in Egypt might be the central issue in Egyptian-American relations, “but this seems not to be correct,” indicating that American criticism will continue, “but it will be greater behind the scenes and not overtly.”

Affan said, “Even if the Americans are interested in the human rights issue, there is fierce competition with China and Russia regarding the region, which will limit their influence in this issue.” He explains that Egypt has recently concluded arms deals with Russia and China has increased its economic influence and ambition recently. He noted that America has reduced its role in the region in recent years and it will be difficult to win this influence back.

An Egyptian delegation in Tripoli… Has Al-Sisi’s regime’s stance on the...