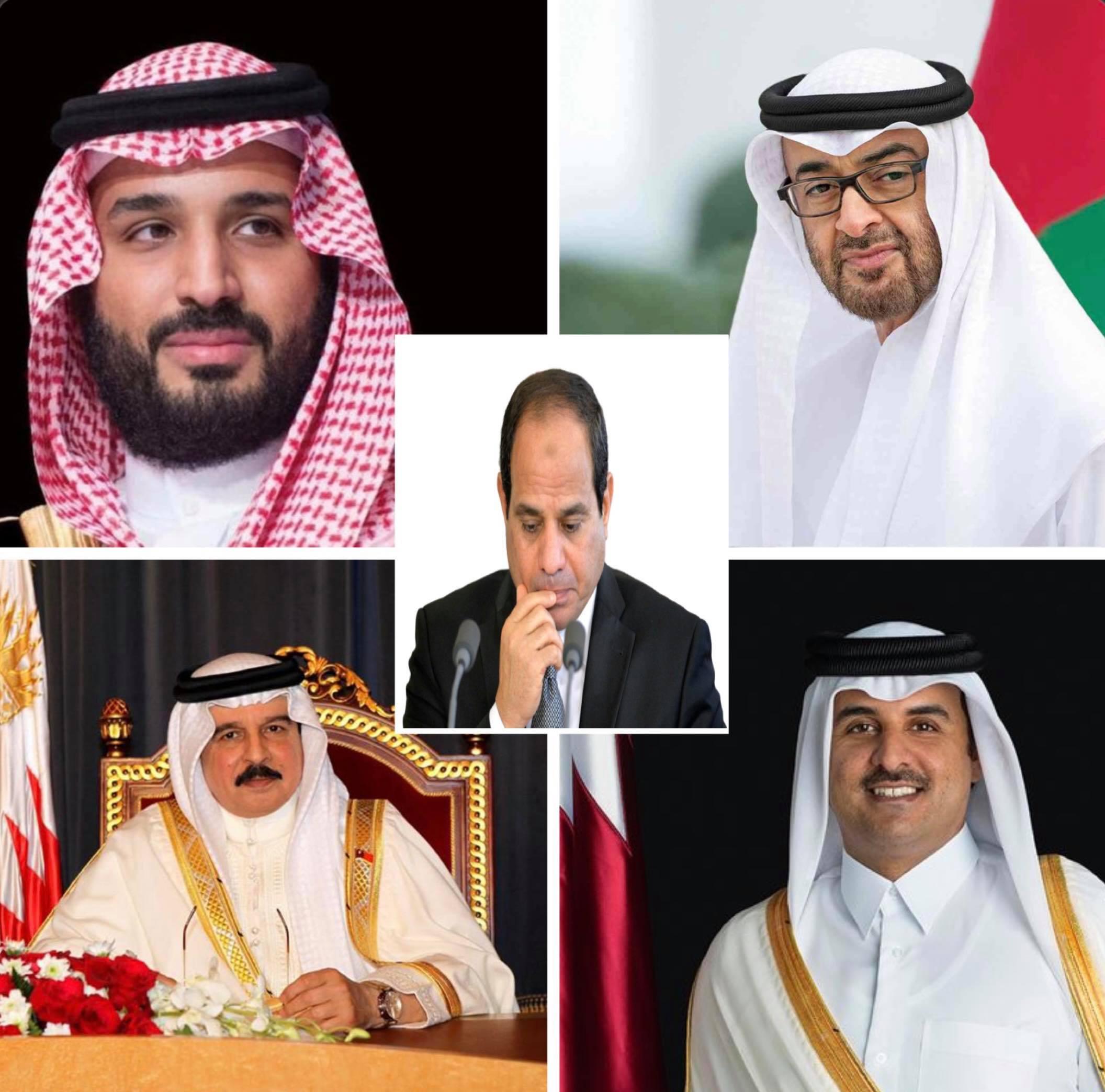 After more than three years of estrangement and siege, there have been many positive signs in the last hours of the imminent conclusion of a final agreement on Gulf reconciliation.

Kuwait’s Foreign Minister, Sheikh Ahmed Nasser al-Sabah, said in a speech broadcast by Kuwait TV that fruitful talks had taken place during the last period to resolve the Gulf crisis between Qatar and some Gulf countries. Al-Sabah added that all parties affirmed their keenness on Gulf and Arab solidarity and stability and reached a final agreement that would achieve what they aspired to in terms of lasting solidarity between their countries and to achieve what is good for their people. The news of the imminent end of the Gulf crisis and the end of the blockade imposed by Saudi Arabia, the Emirates, and Bahrain, in which the al-Sisi regime has participated since 2017, was met by official silence from the Egyptian regime and confusing statements. In June 2017, Saudi Arabia, the UAE, Bahrain, and Egypt cut all ties with Qatar, accusing it of financing terrorism and supporting Iran, according to their allegations, charges that Doha has repeatedly denied.

The four countries submitted a list of 13 demands as a condition for restoring their relations with Doha, which included closing the Turkish military base on Qatari soil, reducing ties with Iran, and closing Al Jazeera. Along with the severance of diplomatic relations, economic measures included closing the land borders and sea routes with Qatar, preventing Qatar from using its airspace, and imposing movement restrictions on Qataris. Despite previous initiatives led by the late Emir of Kuwait, Sheikh Sabah al-Ahmad al-Sabah to resolve this crisis, all reconciliation efforts, the last of which were in December, have not succeeded.

While Saudi Arabia and Qatar welcomed Kuwait’s statement on the Gulf reconciliation initiative, the UAE, Bahrain, and the Egyptian regime remained silent regarding these statements. In light of the al-Sisi regime’s official silence and its lack of comment on Gulf reconciliation, statements of those close to the regime and its political and media supporters were confused and unclear. US media reports stated that President Trump spoke by phone with Abdel Fattah al-Sisi to pressure him to agree to the reconciliation deal that Riyadh entered into.

News websites reported that Egyptian diplomatic and media sources confirmed that the last hours had witnessed the al-Sisi regime’s shift from reservations on reconciliation to cautious approval. It revealed that a message was sent by those responsible for the media in the Egyptian General Intelligence Service to media outlets to stop the media attack on Qatar. It explained that this message was circulated on the agency’s satellite channels, Egyptian television, and private and national newspapers.

Despite that news, Ahmed Moussa, a journalist close to the regime, attacked Qatar, directing insults to it, in a manner that mystified the Egyptian position. For his part, the former Egyptian Assistant Foreign Minister, Abdullah al-Ashaal, said that Saudi Arabia and the UAE have great influence over the Egyptian government. He explained in press statements that the al-Sisi regime would not change its position because its problem with Qatar is that Doha harbours opponents of the Cairo regime.

On the other hand, a former member of the House of Representatives, Imad Gad, said that Saudi Arabia had taken a unilateral position concerning reconciliation with Qatar, indicating that the Egyptian regime’s position is now far from the atmosphere of reconciliation. He said in press statements that Egypt’s demands were not taken into account, and it seems that the same is the case for the Emirates and Bahrain, ruling out the existence of coordination between the Quartet in the current reconciliation, he said. In the same context, the head of the al-Jeel Party, Naji al-Shehabi, said that the Egyptian regime’s position differs from that of Saudi Arabia and the UAE on Qatar because the Qatari-Egyptian disputes are deep-rooted, according to his claim.

On the other hand, Egyptian activists ridiculed the al-Sisi regime’s disregard of all parties supporting reconciliation, stressing that what is happening confirms that this regime is nothing but a subordinate of the Saudi and Emirati regime, which is humiliating. For his part, the former Egyptian parliamentarian, Ezz al-Koumi, said that Egypt had no interest in boycotting Qatar other than subservience to Saudi Arabia and the Emirates because they were the main pillars of the coup.