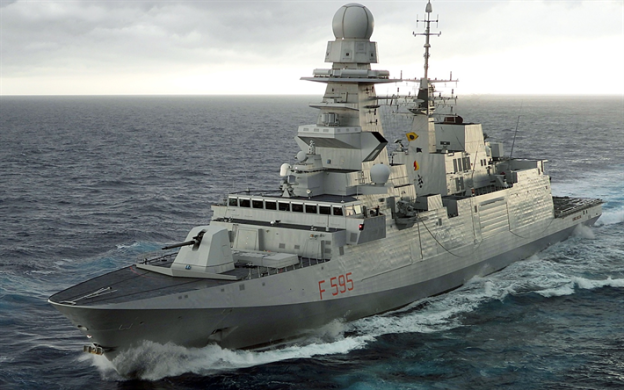 The frigates are part of an arms deal signed by Egypt and Itlay in last June to deliver two FREMM Bergamini frigates to Egypt for about 1.2 billion euros ($1.3bn). An Italian source told La Repubblica Italian daily that this deal is an initial step of a greater order that includes 4 more frigates, 24 Typhon jets, 24 trainer aircrafts and a satellite. Accordingly, it was called “the order of the century” as it is supposed to cost 11 billion euros.

The deal provoked international criticism as it was seen as a settlement, according to which Italy was to calm down its demands to hand over the murders of the Italian student Julio Regeni, who the Italian Prosecution charged 5 Egyptian police officers with torturing him to death. “We should rather call it the shame of the century,” commented Riccardo Noury, a spokesman for Amnesty Italy, in a dialogue with Al Jazeera. Moreover, Amnesty Italy launched #StopArmiEgitto campaign against the deal.

In Egypt, the massive expenditure on arming raises questions against the background of the deteriorating economic and social conditions, particularly with the widespread of COVID19 in the second wave of the pandemic since the beginning of December 2020. “This money should be directed to purchase the new vaccinations against COVID19, to support the health sector, and to relieve the social suffering of the poor Egyptians,” said Abdullah Abdel Gawad (a pseudonym), a physician in the Egyptian Ministry of Health, who spoke to Egypt Watch.