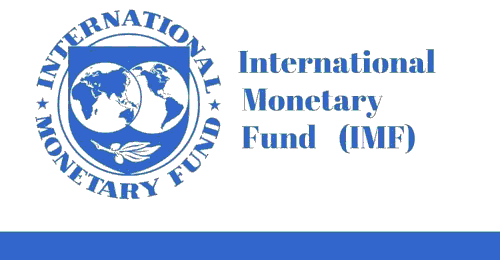 The International Monetary Fund revealed that Egypt needs about $30.7 billion in foreign financing during the current fiscal year, with an increase of $8 billion from the previous fiscal year. According to the documents of the first review of the Credit Standards Arrangement Programme, the size of the total needs includes the current account deficit, which will be recorded in the current fiscal year at about $16.5 billion, compared to $11.2 billion in the last fiscal year. These estimates were confirmed by government statements that announced the start of the measures to borrow billions of dollars over the next few months.

The Al-Borsa website (close to the authorities) quoted sources as saying that the government intends to offer international bonds worth between $3 billion and $4 billion before the end of the first quarter of 2021. Meanwhile, Egyptian Finance Minister Mohamed Maait said that the government plans to offer bonds worth $7 billion in the first half of the year. He also revealed that Egypt is planning to issue a sovereign Islamic Sukuk for the first time in 2021. Last October, Egypt sold the region’s first green sovereign bonds worth $750 million. It seems that the Egyptian authorities are indifferent to the size of external debt, which jumped to $123.49 billion at the end of June, according to the Central Bank’s website.

The government has always reiterated that external debt is at safe limits and does not pose any danger to the Egyptian economy or to its ability to pay its installments and benefits. According to the Central Bank’s statistical bulletin issued last October, the size of long-term debt is $112.62 billion, and short-term debt is $10.86 billion. Short-term means debt for less than one year, and long-term debt for more than one year, intended to extend the external debt portfolio’s life.

The Middle East News Agency previously quoted a source as saying, “Egypt paid its short-term debt in 2020, and replaced it with a portfolio of long-term loans, some of which extend for 40 years.” The source estimated that the proportion of long-term debts would reach nearly 90 per cent of the volume of debt owed by Egypt. But with this expansion of the foreign borrowing policy, especially with maturities of 30 years and more, an important question has emerged: Why is the government deliberately reducing short-term debts and extending the life of debt? Who can bear the exorbitant bill?

Economist Mohamed Rizk says, “The government of Abdel Fattah al-Sisi is borrowing because it did not carry out real development, so it resorted to debt as a way to cover the budget deficit and pay old debt services.” He warned that long-term loans would shackle future generations because they are higher in interest rates. Regarding the reason for preferring long-term debt, Rizk explained that the al-Sisi government does not have real resources to cover the installments and interests of short-term debts.

However, the crisis is that Egypt has already entered the debt spiral, or in other words, it resorts to new loans to pay old loans, as the burden of Egyptian debt service consumes more than a third of the budget. But he warned that the end of this equation would stop Egypt from paying debts in the event that it fails to meet the payment of installments, and this is something that happened during the era of the late President Hosni Mubarak – the first Gulf War saved him from bankruptcy.

According to an official government report, Egypt has allocated EGP 555.57 billion (about $35 billion) to repay debt and loan installments during the current fiscal year. In last year’s budget, the Egyptian government paid in installments of debts and loans by about $375.57 billion (about $24 billion). After Egypt obtained a loan from the IMF, during the past three years, of $12 billion, which was agreed upon in November 2016, the fund agreed, last June, to grant Cairo another loan of $5.2 billion, and it had already delivered $3.6 billion.

As for the economic expert, Sherif Othman, he said that Egypt is resorting to long-term debts because it does not have a specific strategy to pay off these debts or stop their inflation. He pointed out that the Egyptian government continues to shift towards issuing long-term debt instruments to expand the maturity of public debt, with an average maturity of increasing the negotiable debt to 3.9 years in the 2019-2020 fiscal year, from 2.8 years in the 2018-2019 fiscal year.