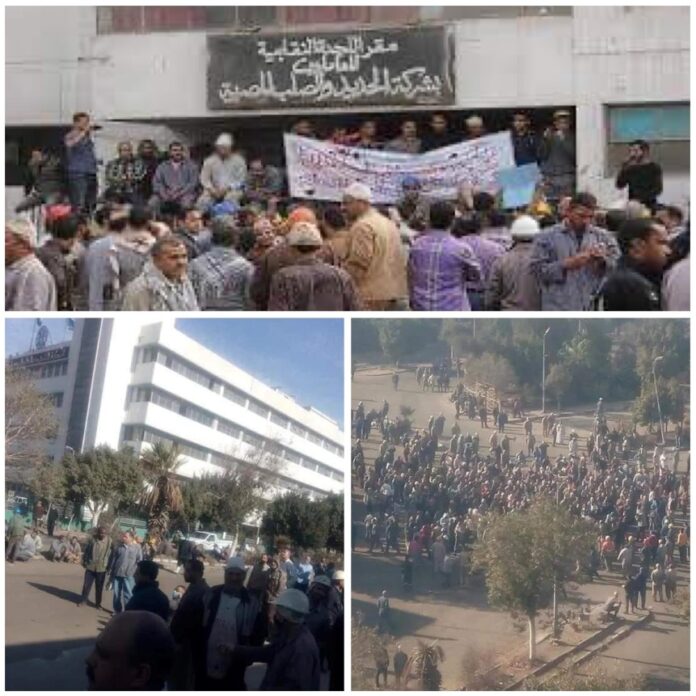 Thousands of workers of the Egyptian Iron and Steel Company are protesting the decision of liquefaction issued by the general assembly of the company on 11 January. The company is one of the business sector companies which are owned by the state.

The Centre of Trade Union and Workers Services (CTUWS) said that 4,000 workers, led by the trade union committee demonstrated, on Sunday, before the administrative building against liquefaction, indicating that security forces prevented workers from the residency from joining the demonstration in the factory.

In response, the minister of business sector rejected discussions about the company, confirming that the decision was made after a lot of studies that recommended the closure of the factory due to high losses. On the other hand, the Egyptian Trade Unions Federation, along with political parties and labour organisations, accused the government of holding the responsibility of losses because of their reluctance to develop the factory, and the fact that the closure is the worst decision for the Egyptian industry and for the workers alike. CTUWS presented an initiative to develop the factory confirming that the development is not impossible as the government attempts to present it.