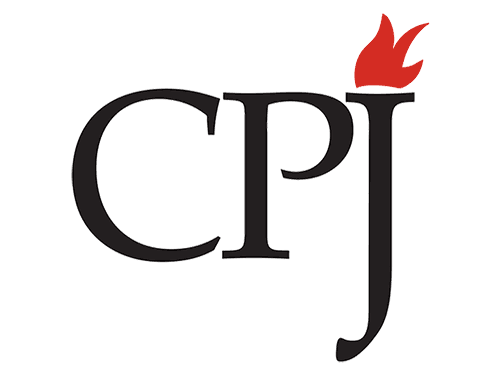 On the tenth anniversary of the Arab Spring, the Committee to Protect Journalists issued a report about the freedom of press over the past 10 years. Titled, “10 years after the Arab Spring, Arab media confronts dangerous threats,” the report said that Arab regimes are using new ways to target independent press coverage and shut journalists up. Such ways have made journalism the most dangerous profession in the Middle East for local journalists and foreigners alike.

The report addressed the case of the Egyptian blogger Alaa Abdelfattah, who participated in covering the events of the 25January Revolution. Currently, Abdelfattah is in prison charged with opposing the state and publishing false news. The family of Abdelfattah believes that such charges originated out of the authorities’ desire to avenge his role in the revolution. By the end of 2020, Abdelfattah became one of 27 journalists and bloggers detained in Egypt’s prisons. According to the CPJ, Egypt became one of the top countries imprisoning journalists all over the world.

Other states in the Middle East are following in the footsteps of Egypt. Middle East countries use seven ways to shut the independent press up:

The report addresses the case of Mohamed Ibrahim, the Egyptian blogger known as Mohamed Oxygen. In September 2019, Oxygen was detained, while he had already been on parole. He is now imprisoned and charged with opposing the state and publishing false news.

Blocking news websites turned out to be a common policy in most Arab countries including Algeria, Egypt, Jordan, Saudi Arabia and the Emirates. Since 2017, the Egyptian authorities have blocked dozens of news websites without notification or announced reasons. An example of those websites is Daaarb, a news website affiliated to the Socialist Popular Alliance Party, which was blocked just one month after it was launched. However, no Egyptian official announced responsibility for blocking it.

Over the past 10 years, Arab governments have resorted increasingly to using terror charges and publishing false news to indict journalists. The governments prefer such charges to omit that the indictment is for journalist activities. Egypt comes on top of countries that use publishing false news as a charge against journalists. A recent Egyptian law from 2018 punishes publications that publish false news with fines or withdrawing authorisation. Moreover, the Egyptian government banned publishing any news about the COVID-19 outbreak in Egypt attributed to unofficial sources. This prevents independent coverage of the outbreak.

According to the CPJ, 154 journalists were killed since 2011 in various Arab countries, particularly in Syria, Yemen and Iraq, while they were performing their work.

Fifty journalists were murdered during the past 10 years after being targeted for their work. The case of Saudi journalist Jamal Khashoggi represented a heinous case of journalists’ murders after a team of Saudi official intelligence agents murdered him inside the Saudi Consulate in Istanbul and cut his body into parts. Moreover, murderers of journalists in the Arab world escape from punishment.

The ascent of non-state actors in the Arab world has contributed to complicating the scene. The report named the Houthis and ISIS as militias who assaulted journalists through detention or even execution.

After the 2011 protests, the authorities doubled its surveillance on the journalists’ activities as a potential threat of those in power. The governments hired experts from the USA and contracted Israeli companies in order to develop its infrastructure of surveillance.

The UAE has become a regional centre for surveillance technology after contracting the NSO group, which is based in Israel. UAE used such technology to spy on Qatar-related journalists. Moreover, it is supposed that Saudi Arabia has spied on several people who were in touch with Khashoggi.

Al-Sisi orders the armed forces to prepare for a fight: Against...