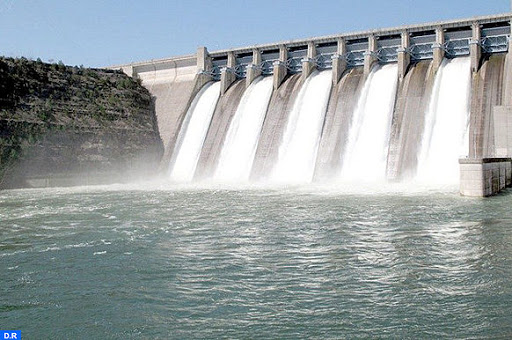 Fetisov Journalism Awards nominated the press series titled, “Until the last drop” by Mada Masr news website, the winner of the third rank in the category of the investigations. “How does Egypt’s water achieve food security for the Arab Gulf?” is the most prominent investigation within the series. The awarded investigation uncovers the exhaustion of Egypt’s water and electricity resources by Gulf companies to cultivate land they own in Egypt. The investigation reveals that those companies got the land cheap in shady deals and that they use it to cultivate crops banned in their own countries.

In 1997, the ousted President Mohamed Hosni Mubarak announced the launch of the Toshka project for the purpose of cultivating one million acres in the Western Desert and establishing new industrial and urban communities. Those communities were supposed to take in four to six million citizens over ten years through creating 45,000 job opportunities. Years passed without much success achieved for Egypt and its food security, while the same project brought great profits for the Gulf investors; 5.5 million cubic metres of water out of Egypt’s water share of the Nile was allocated to the project through lifting water from Lake Nasser and pouring it into the Canal of Sheikh Zayed through a water station with a 250,000-megawatt capacity. The Emirates funded the construction of the station with $100 million. After the station began working in 2003, Gulf investment flowed into the project. Now, 405,000 acres have been cultivated – 100,000 acres owned by al-Rajhi Saudi Group and 100,000 acres owned by al-Dahra Emirati Agricultural Group. This means that 50 per cent of the land for the project is owned by two Gulf investors.

The Gulf companies acquired such areas with very low prices. The report of the Accountability State Authority in 2014 showed that one acre was bought for EGP 50, while an acre then was worth EGP 11,000. Moreover, the state was responsible for the provision of infrastructure including digging canals. Saudi Arabia issued in 2015 a decision to stop the cultivation of the cattle feed because of its high consumption of water as an acre of alfalfa needs 8,000 cubic metres of water.

According to the 2030 Strategy of the Egyptian Ministry of Agriculture, Egypt has to save its water resources through the development of the irrigation system in the Nile Valley and Delta and lowering the cultivation of rice, which is one of the most important crops in Egypt. However, the Egyptian government surprisingly allowed the Gulf companies to cultivate clover in Toshka. Moreover, although the contracts between Gulf companies and the Egyptian government state that only five per cent of the land could be cultivated with alfalfa, those companies cultivate 25 per cent amid governmental complicity.

The agricultural expert Gamal Siam, professor of agricultural economy at Cairo University, said that the total cultivated area is 29,000 acres, and consumes 210 million cubic metres of water annually. The company pays EGP 20 million to the government for the water, while this amount is worth EGP 420 million (if one cubic metre of water is estimated at EGP 2).