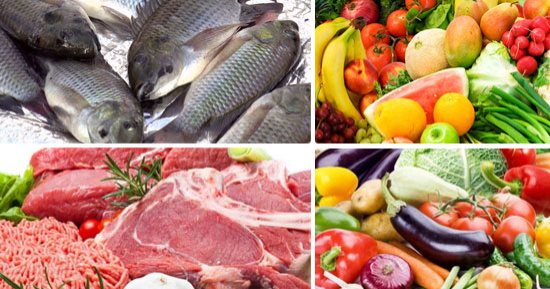 The Egyptian market witnessed a remarkable increase in the price of meat, poultry, and food commodities, coinciding with the upcoming month of Ramadan, which enjoys a special place among Egyptians as a momentous religious occasion.

Despite the Egyptian government statements that talk about price stability, availability of goods, market monitoring, and price control, the reality appears otherwise. The past days witnessed apparent increases and scarcity of goods. The prices of meat increased in the market at the beginning of this month by about EGP 20 per kilo, as the price of a kilogram of Canadian beef reached EGP 160.

According to press statements from Haitham Abdel Basit, an official at the Cairo Chamber of Commerce, this increase is due to the upcoming month of Ramadan and the rise in demand for meat, in light of the rise in feed prices and the limited supply of livestock. Abdul Basit added that a kilo of Canadian meat increased to between EGP 140 and EGP 160, compared to EGP 120 and EGP 140 last month.

At the same time, buyers explained that the price of a kilo of meat from poultry had risen over the past few days to more than EGP 10 per kilo. They complained about the remarkably high prices of goods associated with the month of Ramadan, such as dates, figs, and raisins, in addition to the disappearance of other goods from the market and the difficulty of finding them. The rise in meat and commodity prices increases the burden on Egyptian families who suffer from high prices and dwindling wages due to a massive increase in service bills and taxes imposed by the Al-Sisi government.

At the end of last March, Representative Ahmed Tibi, a member of parliament, sent an urgent information request to the Minister of Supply and Internal Trade regarding the price hike. In his request, he revealed an increase in the prices of all commodities of interest to citizens of low-income, middle, and poor classes, as we are on the eve of the month of Ramadan, which requires tightening control over the local market.