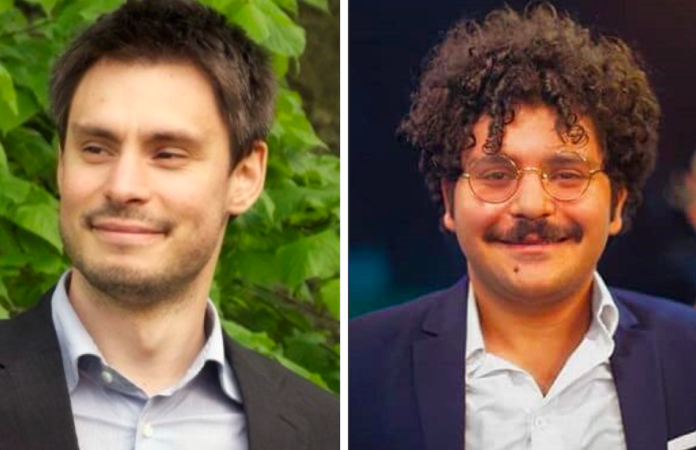 The past days carried new tension in relations between Egypt and Italy, amid expectations of an escalation in these issues in the coming days.

The approval of the Italian Senate, by a large majority, on a proposal to grant the Egyptian student Patrick George the Italian nationality came as the most recent blow to relations between the two countries. This step aims to save George from continuous detention in Tora Prison where he has been held for 14 months without trial or conviction. Patrick’s case comes as the crisis between the two countries may escalate, as three new witnesses in the murder of the Italian researcher Giulio Regeni will be heard. There is also a case against an Egyptian officer for harassing an Italian girl. Some politicians have raised questions about his disappearance.

The first factor of tension was the Senate’s approval of its non-binding recommendation to grant the student at the University of Bologna in Italy, Patrick George Zaki, the honourary Italian citizenship. Zaki was detained in an Egyptian prison more than a year ago on charges of spreading false news. An Italian parliamentarian led the campaign and succeeded in collecting 200,000 signatures from Italian citizens to demand the government grant him citizenship in an attempt to save his life and release him. the Senate responded and agreed.

Egyptian activists on social media websites followed the step of the Italian Senate. Many welcomed the move and considered it, along with the developments of the Regeni case, a clear pressure, and embarrassment for the Egyptian regime. Activists say that if George acquired Italian citizenship by an exceptional government decision and waived the Egyptian nationality, Cairo would not hesitate to release and deport him. This model was and still is one of the preferred methods for the regime’s work with sensitive issues and they have previously used it several times, most notably with the American-Egyptian activist Mohamed Soltan.

George was arrested upon his return to Egypt in early February 2021. He faced accusations of using Facebook to incite the overthrow of the government, demonstrate and disturb public peace. The authorities charged him with other rubber accusations that have become frequently directed at activists to pursue them and intimidate their political and research circles. European countries and local and international human rights organisations have repeatedly called for Patrick’s release. Many demonstrations have been organised in Italy in solidarity with him.

Regeni’s case, which has not subsided since his death in 2015, is awaiting a hearing session on April 29 to hear three new witnesses in the case. Egypt is currently looking into legal opportunities to present a new file for the prosecution and the case-trial judge. It adopts a narrative different from the facts on which the Italian investigations are based. The new Egyptian story is a conspiracy, that Regeni was kidnapped and killed by a group of opponents of the Egyptian regime, local or affiliated with foreign parties.

Egypt may resort to what the prosecution said about the presence of parties hostile to Egypt and Italy seeking to exploit the incident to drive a wedge between them in light of the positive development in their relations during the recent period. Egypt is currently documenting its contacts with the extreme right and government and parliamentary figures from the centre-left to promote the “conspiracy” story and confirm that Cairo has irrefutable evidence. The Italian prosecution, backed by left-wing forces, accuse Egyptian officers of kidnapping, torturing, and killing Regeni.

The harassment incident goes back to the Egyptian military spokesman’s announcement that the port of Alexandria will receive the second frigate that Egypt buys from Rome. Media reports revealed that one of the Egyptian officers, who travelled to Italy to collect the Berenice frigate, was accused of harassing an Italian girl. The incident caused anger among some politicians and raised questions about why he has now disappeared.

No one really knows what will happen in the future as a result of these developments. Still, Egypt is pushing to reject the Senate proposal, considering that granting citizenship to Patrick George will negatively affect bilateral cooperation between the two countries. Egypt also threatens that agreeing to grant Patrick Italian nationality will completely close the possibility of cooperation, even in the future, in the Regeni case.

The Italian political decision towards Egypt is not affected only by arms deals, cooperation in Libya, and coordination in the Eastern Mediterranean Gas Forum. The most influential role is played by the Italian gas giant Eni, which has established its business in Egypt during the last five years in gas fields. The value of Italian arms deals to Egypt in 2019 amounted to three times their value in 2018. It is the highest in the history of relations between the two countries, by tens of millions more than the total value of purchases during the whole last decade. Its total reached 238.47 million euros, compared to 69.1 million euros in 2018.

Frustrations deepen: The UAE and Egypt move from support to tension