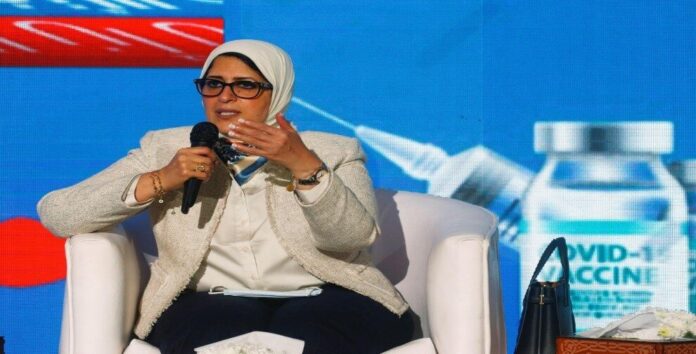 Egypt’s announcement of its intention to produce a Chinese vaccine for the coronavirus raised questions that have not been answered, especially in light of widespread doubts about the extent of the Chinese vaccines’ efficacy.

The Egyptian government announced the signing of the agreement of producing the Chinese coronavirus vaccine, Sinovac, locally. The Egyptian contract to produce the Chinese vaccine comes despite China’s recognition at the beginning of this month of the weakness of some of its vaccines against the coronavirus.

The top disease control official in Beijing said that the efficacy of Chinese vaccines is low, and the government is considering mixing them to enhance their potency. The Holding Company for Biological Preparations and Vaccines Vacsera represented Egypt in the signing of the agreement, and on the Chinese side, the Sinovac Company for Biological Products.

The agreement is concerned with vaccine manufacturing technology. Egypt will be granted a limited licence to use manufacturing technology to manufacture and package the final local product of the vaccine. The agreement also stipulates that Sinovac is ready, upon the request of Vacsera, to provide the necessary training for Egyptian employees in manufacturing facilities inside the country or its own facilities in Beijing. The training is about final packaging and final quality control operations. This step comes even though the vaccine has not yet obtained an emergency use licence from the World Health Organisation and has not obtained a permit in Egypt in the first place. However, the Egyptian authorities later realised the matter with the escalation of this question and allowed it to be used in Egypt.

The latest clinical trials conducted by experts in Brazil showed that the Sinovac vaccine is 50.4 per cent effective. The study results show that the vaccine is much less effective compared to the previously announced data, as its effectiveness barely exceeds the 50 per cent required for obtaining regulatory approval. A study in Indonesia, which is one of the vaccine users, indicated that it is effective by 65.3 per cent.

According to the advisor to the Minister of Health for research, Noha Assem, Egypt has turned to the Chinese vaccine because it is similar to the usual and traditional vaccines used in Egypt, which have proven successful and safe, such as the polio vaccine, in addition to being a quick and easy vaccine. She adds that the vaccine offers an appropriate and successful solution if there is no alternative to it.

Returning to Egypt, fears, anxiety, and criticism have escalated that Chinese vaccine trials have not been subjected to the same scrutiny and levels of transparency compared to their counterparts in Western countries. However, Egypt tried to reassure its citizens by saying that it had participated in clinical trials of the vaccine with Brazil, Indonesia, Thailand, and Turkey. Even though Egypt announced its participation in the clinical research of Sinopharma, not Sinovac.

Given the link between vaccine production and politics and the economy, as they determine the priority for countries to obtain the vaccine without others, Egypt sought to obtain and manufacture the vaccine in an attempt to restore its regional role. It also seeks to benefit from geography, as its location in the heart of the Middle East, Arab and African countries gives it a great advantage for its production and speed of delivery. Still, the matter also depends on its scientific technology.

A delegation from the World Health Organisation, including experts and consultants in vaccine manufacturing, has previously visited Egypt to assess and review the production capacity of Vacsira’s production lines and assess Egypt’s ability to produce a potential corona vaccine. The delegation set a short-term plan to develop Vacsera factories to start production. This period takes from two to six months to prepare and establish some devices.

Islam Anan, a drug economics and epidemiology professor, says that the vaccine needs to be more than 80 per cent effective to be described as a “good vaccine.” However, according to Annan, Egypt’s resort to the Chinese vaccine goes back to two parts. The first is commercial: Egypt’s ability to make a contract with this Chinese company, which stated through its ambassador in Cairo that Egypt is its most important partner in the region.

It is noteworthy that the Egyptian Minister of Health, Hala Zayed, visited China in March 2020, carrying with her a shipment of preventive medical supplies. Egypt stressed its interest in helping China to overcome this epidemic for the sake of humanity. According to Annan, the second matter is scientific. It is related to Egypt’s ability to manufacture the vaccine and the supply. This vaccine is easy to store and transfer between Egyptian governorates compared to other vaccines that require complicated preservation methods.

The last point, related to storage, opens the door for Egypt to be a significant vaccine supplier to developing countries. It is a step in which Egypt helps China consolidate its influence among developing countries, under the pretext of benefiting. Chinese vaccines can represent hope for developing countries that cannot afford to store Western vaccines, reaching -70 degrees Celsius.

The solo man state: how the general consolidated power