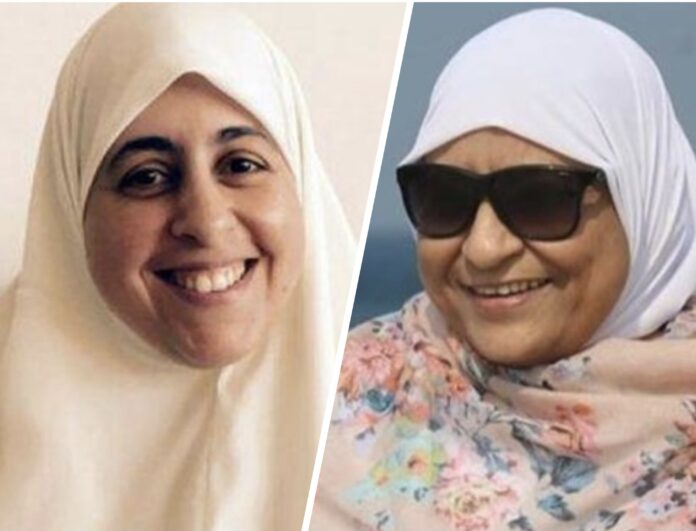 The Egyptian Network for Human Rights said that the defendants in case 1552 of 2018 have been subjected to numerous violations, including being tried by an exceptional court, which undermines confidence in Egypt’s judiciary.

The case includes 31 defendants among them Aisha Khairat Al-Shater, daughter of the senior Muslim Brotherhood official, her husband the human rights lawyer Mohamed Abu Huraira, and human rights lawyer Hoda Abdel Moneim, 61, who is a former member of the National Council for Human Rights.

After three years of pretrial detention, the Supreme State Security Prosecution referred the defendants to the State Security Court for Emergency, which is an exceptional court formed according to the emergency law. Its rulings are immune from appeal and ratified by Abdel Fattah Al-Sisi as the military ruler of the country.

ENHR denounced the trial of the defendants before this exceptional court, which is known for its political bias to the ruling regime. In addition, ENHR recorded several violations against the detainees including arbitrary arrest, forced disappearance, torture, denial of medical care and visits, solitary confinement, and extended pretrial detention. The defendants complained to the prosecution that they were forcibly disappeared for nearly three weeks. They have evidence in the form of letters sent to the attorney general. During this period, they were interrogated by the National Security officers in Abassia, who tortured and humiliated the detainees to extract confessions using electric shock, beatings, and ceiling suspension. Although torture was proved by Forensic Medicine, the prosecution refused to investigate the crime or to exclude the investigations of the National Security, which provided the sole evidence in the case, in which the defendants are accused of joining a terrorist group

ENHR added that the authorities detained the defendants regardless of their health status, which led them to deteriorate. The lawyer Hoda Abdel Moneim has thrombophilia, which caused a chronic kidney disease and deep venous thrombosis in her leg, so she was transferred to Qasr El-Ainy Hospital and was brought to the court in an ambulance. However, the prosecution extended her detention. Aisha Al-Shater was put in solitary confinement for no reason, even though she suffers anemia and thrombocytopenia, and she was transferred to hospital to receive a blood transfusion. Given such violations, ENHR demanded the Egyptian authorities reconsider the case and the detention of defendants.