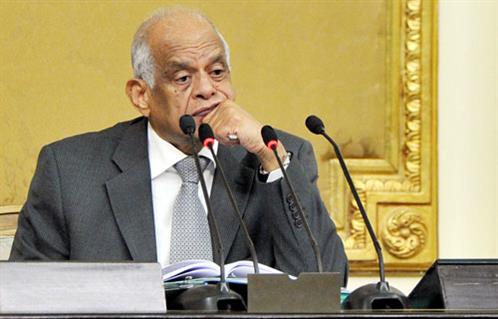 News leaked about a promise given by the sovereign bodies, which draw the map of the parliament and manipulate the elections, indicated that Abdel Aal would be kept in his position in the new parliament, but the promise was broken.

The great services given by Abdel Aal to the regime included breaking the constitution explicitly and repeatedly, passing laws without revision, and humiliating the few opponent members. However, such services were not sufficient for the regime, which overthrew Abdel Aal at the first chance. Observers said that the cause of his exclusion was due to his propaganda for al-Sisi, to the extent that people mocked him.

MP Ashraf Rashad, the head of the Nation’s Future Party’s parliamentary bloc, attacked Abdel Aal and accused him of breaking the parliamentary regulation by expressing his opinions from the platform. In the same vein, Amr Adib, one of the state-sponsored TV hosts, advised Abdel Aal to return and attend the sessions of the parliament, saying that this is the basis of democracy and the devolution of power. “Does this mean that you should be the president, or you will not work? He does not attend, and it is said that he decided not to receive his salary, does this mean that your presence in the parliament is for the salary? You are a member, and you have to perform your duty,” said Adib. Adib’s words are ridiculous in Egypt, where the constitution was amended to allow the president to remain in office forever.

A servant of al-Sisi

Despite of his attack on Abdel Aal, Adib said that he played “a historical role” and exerted great efforts to serve the country. Adib’s words are true in that the role of Abdel Aal was historical, but not for the country. Indeed, Abdel Aal was a faithful servant of Abdel Fattah al-Sisi, not of the country. The parliament under Abdel Aal passed 893 laws along with constitutional amendments in April 2019 and 313 international treaties including the Tiran and Sanafir treaty with Saudi Arabia. However, he broke the constitution when he refused to discuss three pieces of legislation the constitution binds the parliament to pass; the first is of banning the delegation of judges to governmental institutions, the second is of transitional justice, and the third regards the municipal elections. The three pieces of legislation were not wanted by the regime. 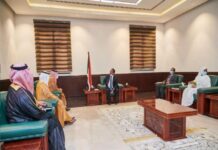