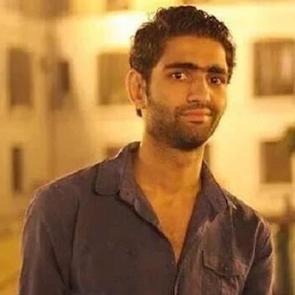 Ten human rights organisations have called on the Egyptian authorities, in a joint statement, to immediately release the detained political activist, Abdel Rahman Tarek, known as Mocha, and to end all violations against him.

The demands come weeks after Mocha was awarded the Index on Censorship’s Freedom of Expression Award, which is given to individuals and organisations who have influence on combating censorship on the freedom of expression.

Mocha is a human rights defender, who worked for the Nedal Centre for Rights and Freedoms, and specialised in defending freedom of expression and rights of detainees, particularly combating forced disappearance.

The statement was signed by Democracy for the Arab World Now (DAWN), FIDH, Freedom House, Index on Censorship, International Service for Human Rights (ISHR), MENA Rights Group, The Egyptian Commission for Rights and Freedoms, The Tahrir Institute for Middle East Policy (TIMEP), and the World Organisation Against Torture (OMCT), within the framework of the Observatory for the Protection of Human Rights Defenders.

The statement enumerated violations against Mocha, who was arrested for the first time in November 2013 after participating in a protest against military trials of civilians before the Egyptian Senate. In June 2014, he was sentenced to three years imprisonment and another three years parole. According to the statement, Moca was subjected to torture repeatedly during his detention in Tora Mazr’a prison.

Mocha was released in October 2018 before being arrested again in September 2019, while he was inside Qasr Al-Nile police station, where he had to report for surveillance, according to the conditions of his parole. After weeks of forced disappearance, Moca resurfaced before the Supreme State Security Prosecution, which sentenced him to jail time in Case 1331 of 2019, on charges of joining a terrorist group and publishing false news on social media.

Although the court ordered that Mohca be released in March 2020, he was subjected to forced disappearance again for 50 days before being inserted onto another case with the same charges to prevent his release. The same story was repeated in September 2020, and Mocha was revolved onto another case to keep him in limitless pretrial detention.

Moca went on hunger strike for months, but he had to end it in February 2021 because his health deteriorated. According to the statement, Mocha is suffering now from bad detention conditions in Tora Prison, where he is denied family’s visits, which pushed him to attempt suicide in August.

3 human rights officials call for the release of detainees