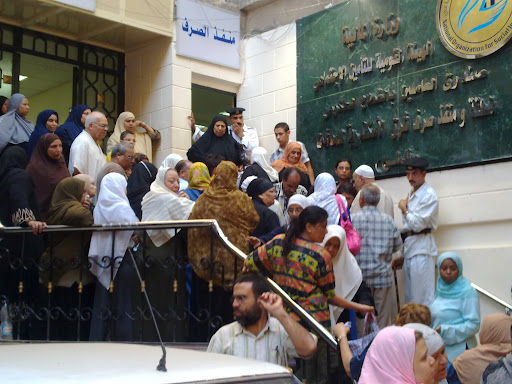 Syndicate men, journalists and lawyers have issued a statement demanding the new insurance and pensions law (148 of 2019) be amended.

The campaign said that the law wastes the savings of most Egyptian workers, who pay for the insurance, and contradicts the equality principal as it sided with high-profile officials instead of low-ranking workers. The campaign was launched after the release of the executive regulation of the law, which excluded temporary and seasonal workers and conditioned the pension with a 10-year-membership even for the permanent workers.

The law makes early retirement difficult and makes it easier to dismiss workers despite the fact that it is known that workers in Egypt have no legislative protection against dismissal. The statement added that the law represents a threat to the social peace, as the government turned the concept of insurance from solidarity into a profit-seeking business, which allows the government to seize the savings of the workers and deal with them as if they are public money at the government’s disposal.

The signatories announced that they are to prepare a draft of the required amendments accompanied with an explanatory note to be presented to members of parliament. If the parliament fails to respond to the demands, the signatories said that they will go to the constitutional court.