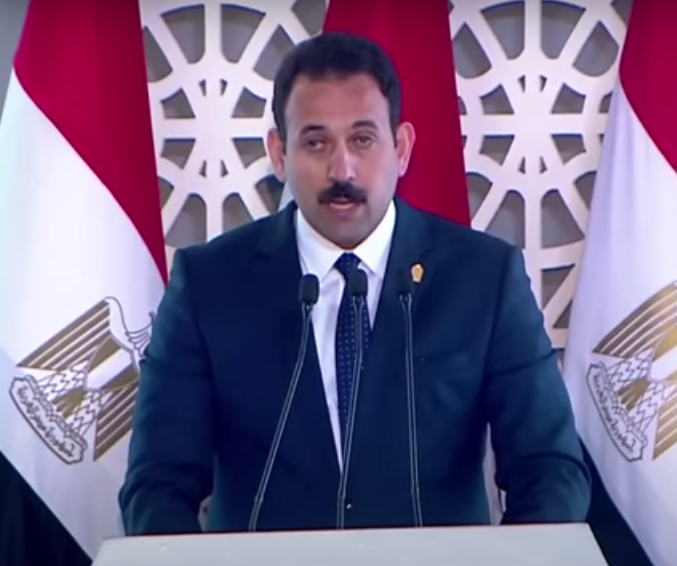 A few days ago, Egyptian President Abdel Fattah El-Sisi attended the inauguration of Egypt’s Future for Agricultural Production project, which aims at reclaiming one million fans. Everything was running normally; senior army commanders and ministers were present; The media played its usual propagandist role and heralded the Egyptians with the coming of good at the hands of Sisi. Then, suddenly, Lieutenant Colonel Bahaa El-Din Ghoneim took the stage to give a speech as the director of the “Egypt’s Agricultural Future” project.

Some who are not good observers of the Egyptian public affairs were surprised by the scene, and some questioned with disapproval the relationship of the Air Force (the Guardians of the Sky) to an agricultural reclamation project? And the reason why did not assign the project management to the Ministry of Agriculture or any of the state’s Specialized Agricultural Research Center?

Many do not know that the Egyptian army is the largest agricultural investor in the country. Although there is no possibility of inventorying the agricultural areas it owns, it is estimated at millions of acres due to the secrecy imposed on such data. For example, the armed forces (with their various apparatuses) acquired about one million acres in the Toshka region, the far south of Egypt, according to presidential allotment decisions. It also owns hundreds of thousands of acres in the Sinai Peninsula, East Oweinat and other areas. All of these lands are under the control of the National Service Projects Apparatus, the main economic organ of the army, which owns 36 companies working in various fields, including the National Company for Land Reclamation and Cultivation, which handles the management of these lands.

The army exploits these vast areas to set up substantial agricultural projects, taking advantage of the free workforce (about one million conscripts annually). The exemptions it obtains from fees, customs and taxes make it superior to the private sector that the state claims it is seeking to attract, which frightens many business people from investing in the agricultural sector in Egypt. The irony is that Egypt owns many centres specializing in agriculture. The Agricultural Research Center is the first scientific centre responsible for all agriculture and animal production studies in Egypt. It is the largest in the Middle East, with 16 specialized institutes in all agricultural sciences followed, ten central laboratories, 19 research stations, and 23 agricultural experiment departments covering all governorates of Egypt, and it employs 13,000 experts holding doctorate and master’s degrees in various branches of agricultural sciences.

Egypt also has a specialized centre for desert research, the Desert Research Center, one of Egypt’s oldest research centres, as it was established in 1949. It is specialized in studying everything related to the fields of desert land reclamation, groundwater storage, rainwater harvesting, and plant and animal production. In drylands, it is followed by four research divisions comprising 23 specialized departments and 45 research units for subspecialties and 11 research and extension stations distributed over desert areas. Despite the multiplicity of these centres that include brilliant minds in agriculture, they are excluded and marginalized from the management of giant agricultural projects because they are affiliated with the Ministry of Agriculture and not affiliated with the army and its institutions!

Farmers suffer shock and call for help after Huge losses due...