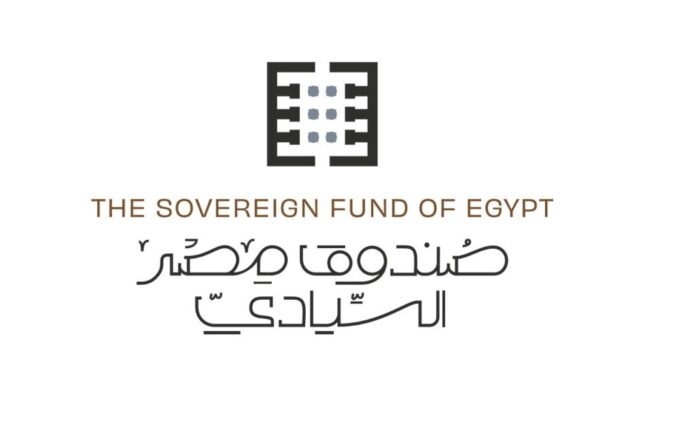 A few days ago, the Egyptian government agreed to amend some provisions of the Egyptian Sovereign Fund for Investment and Development statute to expand this controversial Fund’s powers, which reports directly to President Abdel Fattah El-Sisi without being subject to any accurate surveillance.

The amendments included expanding the definition of the assets managed by the Fund to include securities, financial instruments, static and movable assets and properties owned by the Fund or entrusted with its management. The amendments also included allowing the Fund to manage the funds and assets of organizations, entities, and companies owned by the state, affiliated to it or in which it has a stake, and the Fund is entrusted with its management, to be added to its funds and assets.

The Sovereign Fund of Egypt was established in 2018, with an authorized capital of 200 billion Egyptian pounds (10.75 billion dollars), aiming at “contributing to sustainable economic development by managing its funds and assets, or the funds and assets of organizations, entities, and state-owned, affiliated or contributed companies that The Fund is entrusted with its management,” according to the law that established it. Although the idea of ​​a sovereign wealth fund is not an Egyptian innovation and is widespread in many countries, such as” the Norwegian Sovereign Wealth Fund” and “the Abu Dhabi Investment Authority”, which is the largest sovereign Fund at the Arab level, the matter in Egypt has a unique character.

Countries usually set up sovereign funds to invest their financial surpluses, such as the returns of natural resources such as oil and natural gas, or the returns of other commodities, or non-commodity assets such as a foreign exchange. But the matter in Egypt is different, as Egypt does not have any financial surpluses and is a debtor state. President Sisi’s regime established a sovereign fund whose first objective is the ability to control state assets and resources without restrictions and legal complications imposed by traditional institutions, which opens the door to selling those assets without any restrictions. This confirms that the President of the Republic has given extraordinary powers to control the work of the Fund, as he has the right to transfer the ownership of any of the state’s untapped or exploited assets to the Sovereign Fund or any of the funds it establishes that are wholly owned by it. According to the market value, the Fund has the right to dispose of the assets owned by selling, leasing ending with ownership, licensing the utilization, or participating as an in-kind share.

In his capacity as the President, Al-Sisi has the authority to form the board of directors and its general assembly. Besides the annual financial statements, the auditor’s report and a detailed yearly report on the Fund’s activities and plans are only presented to him. As for the Parliament’s oversight, it is intentionally absent and it is limited to sending a copy of the financial statements only to the Speaker of Parliament, without allowing them to be presented or discussed in the Parliament, which opens doors to Corruption in the absence of transparency, surveillance and real accountability. The regime fortified the Fund from lawsuits aimed at nullifying the contracts it concludes, which was a previous cause for the return of many state properties that were allocated during the Mubarak regime, as Article 6 bis of the Fund Law states that “lawsuits shall not be filed to nullify contracts concluded by the Fund. Or the actions it takes to achieve its goals or the procedures it makes based on those contracts or actions, shall be filed only by the contracting parties and not others.”

In September 2021, the Sovereign Fund of Egypt signed an agreement with the Bidayyat Misr Company to transform the Bab Al-Azab area in Salah El-Din Citadel, into the first integrated creativity zone in the Middle East and Africa, in a ceremony attended by a large number of fund officials and company leaders, led by Rashid Mohamed Rashid. The appearance of Rashid, the former Minister of Trade and Industry (2004-2011), who was overthrown by the January 25 revolution in its early days before it later ousted the late President Hosni Mubarak, was remarkable in this context. After years he spent on the run in the UAE, he was convicted of Corruption in several cases, and he was sentenced to 15 years in prison. In mid-2016, Rashid returned, and the Egyptian government reconciled with him for 1.6 billion pounds.

But it is also remarkable about the Bidayyat Egypt to deal with the Sovereign Fund of Egypt that the company that Rashid claims to have “founded” and chairs its board of directors is nothing but a fictitious company established in Switzerland as a safe tax haven to evade taxes. As a result, that company will benefit from the exemptions granted to the sovereign Fund from Taxes and fees. The more significant advantage is the freedom to transfer its profits from Egypt abroad. Thus, the Sovereign Fund contributed to giving legitimacy to a company that evaded paying the state’s right to taxes and defrauded the country to smuggle foreign exchange outside the country, which prompted a deep suspicion of the Fund’s general business.