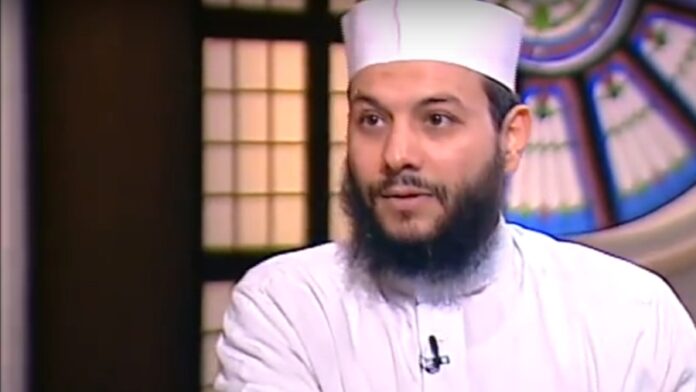 A few days ago, the Cairo Criminal Court sentenced Sheikh Mahmoud Shaaban, an Islamic preacher and professor at Al-Azhar University, to 15 years in prison for accusing him of joining an armed terrorist group based outside the country, the “Free Syrian Army.”

This case confirms beyond doubt that the Egyptian judiciary has lost its compass and that it is a politicized judiciary that speaks what the regime of President Abdel Fattah El-Sisi wants, as all the evidence confirms that it is a false case and its basis is weak. It is only intended to inflict the most severe punishment on Dr Shaaban, who is known for his opposition to the regime of President Sisi, and who has been abused for years.

Dr Shaaban travelled on the second of March 2013 to the Syrian Arab Republic, through the Turkish city of Istanbul, and returned to Egypt on the sixth of the same month, after only four days, via the same route. Shaaban announced this visit at the time, explaining that it came as part of a relief campaign carrying food and medicine for the war-stricken of the Syrian people, meaning that it was an announced visit and under the hearing and sight of the Egyptian state and its security services, as Shaaban travelled and returned through Cairo airport and went through the official procedures to travel and arrive without opposition from the official authorities, including the General Intelligence and the State Security Apparatus.

At that time, the Egyptian state was dealing with the Free Army as one of the legitimate representatives of the Syrian people. In November 2012, the Arab League, of which Egypt is the most prominent member, announced its recognition of the “National Coalition for Syrian Revolutionary and Opposition Forces”, of which the Free Army is one of its components, as the legitimate representative of the Syrian opposition. The “Syrian Coalition” opened a headquarters in Cairo, which is still in place now, and there is an accredited representative of the coalition in Egypt.

This means that Dr Shaaban travelled to Syria and returned from it and met members of the Free Syrian Army, legally and without any legal obstacles preventing that, but this did not prevent the Sisi regime from raising the issue of this visit after six years, and arresting “Shaaban” in May 2019, on charges of travelling to Syria in 2013 to join a terrorist group, the “Free Syrian Army”! “Shaaban” remained in pretrial detention in this case for more than two years, during which he suffered heavily. His health deteriorated severely before issuing the decision to release him. Still, this decision was not implemented, as he was accused in another case to keep him in prison in what is known as “accusation recycling”. Last March, the Public Prosecution referred Dr Shaaban to trial and soon issued the shocking decision. He was sentenced to15 years in prison!

The irony is that there has not yet been a decision in the Official Gazette or a court ruling to consider the “Free Syrian Army” a terrorist organization, and even worse, there are Egyptian channels close to the regime that were hosting leaders of the Free Army until the end of 2015 without any problems, without being referred to trial.

Despite all the evidence that confirms that the basis of this case is false and that it is a fabricated case that contains no evidence other than the investigations of the National Security Investigations (the Political Security Apparatus of the Sisi regime), the court sentenced Dr Shaaban to 15 years in prison, without any consideration of the foundations of justice and logic. This confirms that the Egyptian judiciary rules by the whim of the Sisi regime, not by the constitution, law and justice. For this reason, Egypt ranks 136th out of 139 countries in the Rule of Law Index 2021, issued by the Global Justice Project. This international civil society organization works to strengthen the rule of law worldwide.

One of the reasons for Egypt’s low rank in the index, according to the organization, is the weakness of the civil justice system and its corruption, submission to the influence of the executive authority, the slow litigation process, as well as the inefficiency of judges. Sharp criticism is often directed from international organizations to the judiciary and judges in Egypt. For example, Amnesty International criticized the Egyptian Court of Cassation ruling in June 2021, upholding the execution of 12 defendants in the case known in the media as the “Rabaa sit-in dispersal case.” The organization said these harsh death sentences came “after a grossly unfair mass trial.” It is “a stain on the reputation of Egypt’s highest courts and casts a dark shadow over the entire judicial system in the country.”

Human Rights Watch accuses Egyptian prosecutors and judges of “colluding” with the Egyptian security forces to detain thousands of people arbitrarily and violate the legal procedures that must be taken in many cases, especially those with a political dimension. The organization asserts that there is a “systematic absence of fair trials in Egypt, especially in political cases,” and mass trials that are grossly unfair and do not allow sufficient time to present a defence or prove individual criminal responsibility. This notoriety of the Egyptian judiciary has become known internationally. In March 2021, 31 countries issued a joint statement on human rights in Egypt, which stated: “We also express our concern about the multiple violations of due legal procedures due to fair trials and the restrictions imposed on lawyers, including denying them from examining the evidence or communicating with their clients”.

In October 2020, United Nations experts accused Egypt of using the special judicial districts concerned with terrorism issues, which were established in late 2013, to target human rights defenders, silence opponents and detain activists, stressing that these courts are now being used as a tool in the hands of the executive authority to punish and silence legitimate criticism and expression in Egypt. The UN experts stressed that these courts violate many international human rights rules, and collective trials undermine the right to individual litigation, access to lawyers and the right of lawyers to fully and effectively defend their clients.