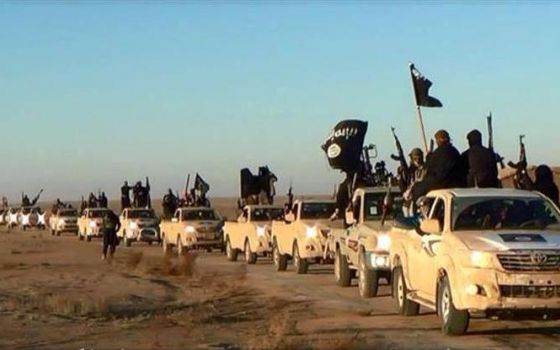 Saturday, a prominent Egyptian officer of the Egyptian military was killed in an attack by ISIS’s local branch, Sinai Wilayat, in the middle of Sinai.

Tribal sources added that clashes between Egyptian military corps, military-sponsored tribal militias and Sinai Wilayat in Maghara, the middle of Sinai, led to human casualties for both parties.

Military medical sources said Sinai Wilayat attacked the military force while the force was sweeping the area, which led to the killing of prominent Amir Ibrahim from battalion 26 reconnaissance. Major Amir is the second military officer killed two weeks after colonel Osama Abdel Halim, the leader of battalion 188 infantry, was killed in Rafah. Abdel Halim was the field leader appointed to supervise the military operation against ISIS in west Rafah, the main stronghold of the organization.

Last week, four tribal militants supporting the Egyptian troops were killed and four wounded in various attacks by ISIS in Sinai. These casualties add to thousands of killings and injuries in the war occurring in Sinai between the Egyptian military and terrorist organizations in Sinai since 2021. The military-sponsored tribal militias also lost dozens of militants over the past months.

Batel Campaign calls on army officers to confront Sisi to save...