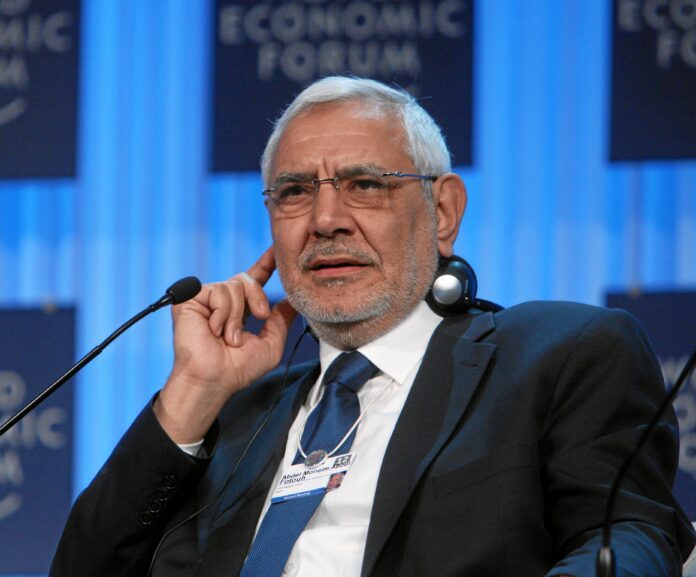 On Monday, the family of the former presidential candidate and head of the Strong Egypt Party, Abdel Moneim Aboul Fotouh, said they received a letter stating that his health had deteriorated inside Tora prison. This coincides with a campaign launched by politicians and human rights activists to demand that President Abdel Fattah El-Sisi release Aboul Fotouh. Among those calling for his release is former presidential candidate Hamdeen Sabahi, head of the Socialist Popular Alliance Party Medhat Zahid, human rights lawyer Nejad Borai, and National Council for Human Rights member George Ishaq.

The campaign issued a statement saying that since the beginning of July, Aboul Fotouh has been suffering many health crises that have accelerated the deterioration of his health. Cairo Criminal Court had decided to renew the detention of Aboul Fotouh, for 45 days, pending a case in which he faces charges of leading and financing a terrorist group. Aboul Fotouh had said during a court session that the prison administration was being subjected to a “slow death” because it refused to transfer him to a hospital.

Ahmed Abul-Ela Madi’s lawyer said that Aboul Fotouh had suffered clots that resulted in a blockage in the arteries, which required medical examinations and x-rays that were not present in the prison hospital, to the need for prostate surgery. Madi said he submitted requests to the Presidency of the Republic, the Attorney General, the Prisons Authority, and the National Council for Human Rights but received no response. Aboul Fotouh, 71, suffered health crises in his solitary confinement in Tora Prison, including a severe heart attack that human rights reports described as “fatal” in July 2021. In January, UN experts expressed grave concern about his health, denouncing the conditions of his detention and the lack of adequate medical care.

Aboul Fotouh’s son, Hudhaifah, said that although his father’s condition continued to deteriorate, all his medical requests were ignored.

Still lost after 8 years: Demands to investigate disappearance of 21...