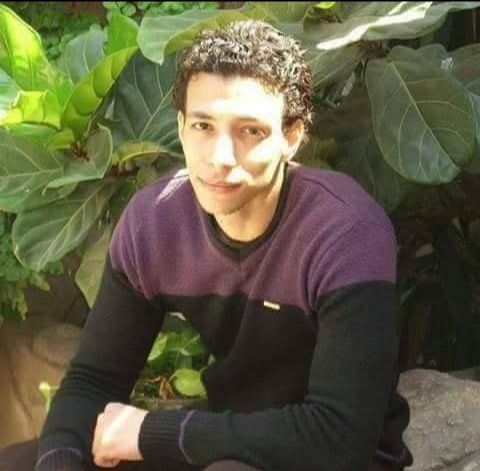 Last Friday, 12 Human Rights Organizations released a joint statement demanding the Egyptian authorities to end the arrest of the journalist and blogger Mohamed Ebrahim Redwan, Known as Oxygen”. Also, they appealed to stop all forms of violations committed against him and bring all the involved accountable for the breach of law and constitution.

The organizations, including; Committee for Justice, the Egyptian Initiative for Personal Rights and the Egyptian Front for Human Rights, indicated that Oxygen completed three years of solitary confinement – almost all the time – in the High-Security Prison 2 in Tora Complex Prison. should mention that Oxygen was known for that name after his blog “Oxygen Masr” and “Oxygen Masr” YouTube channel which document violations such as torture inside prisons and forced disappearance. From pre-trial detention on remand of three different cases, the Misdemeanor Court of Emergency State Security issued a definitive judgment of 4 years sentence against him.

According to the statement, since February 2020, Oxygen has been serving his sentence, deprived of leaving his cell or being exposed to the sunlight, prevented from receiving proper health care, and from family or lawyers visits. Last Wednesday, The Association for Freedom of Thought and Expression issued a report warning of the possibility of a new suicide attempt from Oxygen in case of the continuity of his bad detention conditions under the absence of any movement from the Public Prosecution to stop these severe violations against him. He should mention that Oxygen tried to commit suicide last year using medical drugs but rescued and rescued him at the last moment. However, the prison administration refused to implement the Public Prosecution decision to permit the lawyer of The Arabic Network for Human Rights Information to visit Oxygen after his attempt. Moreover, the clearance has been taken, and the prison administration refused to give it back to the lawyers.

Besides, last February, Oxygen‘s mother passed away. Lawyers, writers and bloggers initiated a hashtag #خرجوا_اكسجين_يدفن_أمه(Let Oxyegn go to burry his mother), demanding to allow him to say good buy to his mother and to attend her funeral. Still, he refused to leave his detention which is a representation of the extreme despair that he reached after the isolation imposed on him and the subsequent death of his mother to his suicide attempt.

ISIS continues its attacks on the Egyptian military in Sinai amid...