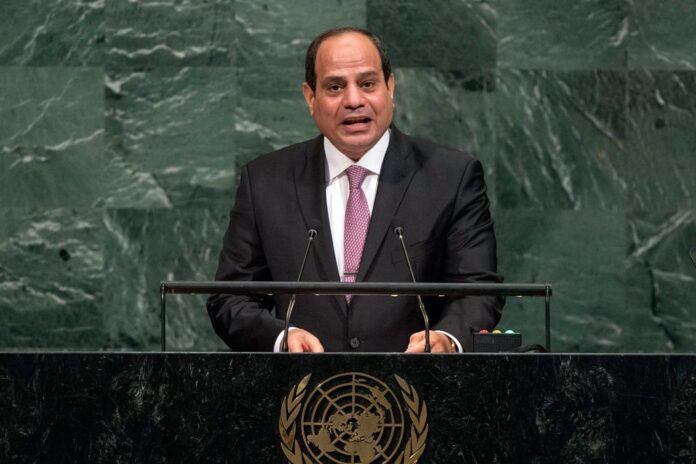 President Abdel Fattah El-Sisi has been absent from the 77th session of the United Nations General Assembly in New York, which began last Tuesday. However, he has always committed to participating in the annual event since 2014. El-Sisi sent on his behalf the Minister of International Cooperation, Rania Al-Mashat, and the Minister of Foreign Affairs, Sameh Shoukry. The global gathering lasts a week and includes about 150 heads of state and government. According to the State Information Service, El-Sisi is the only Egyptian president to have participated in six consecutive assembly meetings.

The United Nations had announced that El-Sisi would lead a meeting attended by a handful of leaders as part of preparations for COP 27, which is scheduled to take place in Sharm el-Sheikh in November. However, he appeared in a videotaped speech in which he apologized for not participating in the event due to emergency circumstances, which he did not disclose. El-Sisi also missed Queen Elizabeth II’s funeral, while Prime Minister Mostafa Madbouly attended on his behalf.

Relations between Cairo and Washington, which decided to withhold $130 million in annual aid to Egypt last Friday, were strained due to the deteriorating human rights situation in the country.

Aboul Fotouh has a new health crisis in prison