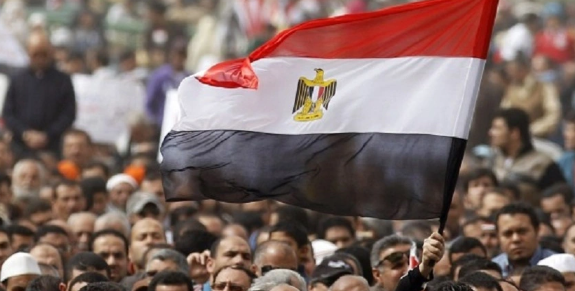 The Reform and Development Party launched the “Safe Return” initiative for Egyptians who travelled outside the country for fear of persecution and security for their political activity or their defence of human rights. The party said the various state institutions welcomed its initiative “in an atmosphere of calling for national dialogue and the path towards a new republic.”

In an official statement, “The Reform and Development” party stated that the initiative targets any Egyptian residing abroad who would like to return to the homeland on conditions: First: He should not have been subject to judicial rulings or proven to be involved in cases of violence and incitement. Second: He did not prove that he belonged to terrorist groups or organizations prohibited by law. Third and finally: His return is conditional on not violating the country’s rules and constitution if returning to practising political work or any social or civil activity.

The “Safe Return” initiative aroused comprehensive reactions among Egyptians exiled abroad, which were dominated by caution and scepticism about the intentions of the Egyptian authorities. While many stressed that putting forward this initiative was premature and that the Egyptian government first needs to stop pursuing peaceful political opponents at home, release all political detainees, and implement fundamental human rights reforms before inviting Egyptians exiled abroad to return to the country.

Since July 2013, the Egyptian authorities have used airports as “traps” to arrest dissidents, researchers and human rights defenders returning from outside the country. Suspension is often causeless or for reasons that appear to be arbitrary or legal in some cases. In this case, the detainee becomes in the hands of the National Security (Political Security) officers to act the way they want to “preserve the national security of the country.” they may order his detention for a few hours or days and then release him, or forcibly disappear him, or bring him to trial as an accused in a trumped-up case.

There are dozens of examples of citizens arrested upon their return to the country. We mention, for instance, Ismail al-Iskandarani, a researcher and journalist who specialized in Sinai affairs, who was arrested at Hurghada Airport in 2015 after returning from abroad. He was sentenced to 10 years in prison in a military trial that lacked all elements of justice on charges of “preparing research on the demographic nature of the Sinai Peninsula, the spread of tribes and their views on the performance of the armed forces.”

We also mention researcher Patrick George, a master’s student at the University of Bologna and researcher at the Egyptian Initiative for Personal Rights, who was arrested by Cairo airport security forces in February 2020 while returning from Italy, where he is studying. Patrick was held in pretrial detention for nearly two years on charges of “spreading false news and statements, promoting the use of violence and the commission of terrorist crimes, inciting the overthrow of the regime, and inciting protests.” When he was released last December, he was not allowed to travel outside the country to complete his studies.

Commenting on the initiative, Ramy Raouf, a researcher in the field of digital security, said that he left the country in 2016 after receiving direct security threats to arrest and abuse him and freeze his bank accounts without legal basis, stressing that “any credibility and guarantees for the safe return of young Egyptians from abroad are subject to the release of Safe and immediate for fellow prisoners in prison, whether journalists, political activists, academics, human rights defenders… Then we can talk about a safe return to the country.”

Gamal Sultan, a dissident journalist, residing abroad, questioned the initiative, saying: “The intelligence initiative requires that those who return must not prove their affiliation with banned terrorist groups or organizations, although thousands of Egyptians are now in detention on charges of belonging to a terrorist group, including Marxists, Copts, liberals and journalists. Because Professor Hamada Al-Sawy, the Public Prosecutor, uses this accusation – falsely and immorally – as something necessary with any opponent, you are an opponent, so you are a terrorist and part of a terrorist group!”

For his part, Mohamed Anwar El-Sadat, head of the Reform and Development Party and general coordinator of the “Safe Return” initiative, tried to allay fears by explaining the reason for launching the initiative, saying: “The climate is now in Egypt, the call for national dialogue, and the subsequent formation of a presidential pardon committee for the convicts.” All this encouraged us to open this file that has been kept silent for a long time and the need to deal with it.”

He continued, “This issue is critical, many suffer abroad and need to reconsider their problems, and the proposal that we put forward did not include (conditions) for return, but rather included (criteria), and the idea must evolve to include those who have been convicted or have been sentenced in absentia, But the idea is that this file needs attention, and from what we have received, some citizens did not have provisions and did not have any political activity in the first place.” El-Sadat continued, “What was issued by some that this proposal is intended to (collect data) about Egyptians abroad is not true. No one needs data, Egypt still has loyal and honourable people who themselves do something in the country’s interest and the people’s interest, but I appreciate and excuse people for their reactions.”

The problem is that Sadat, who put forward this initiative, cannot guarantee the security and safety of those exiled abroad who decide to return to the country. How can he guarantee their security if he cannot guarantee the security of the people closest to him, namely researcher Ayman Hadhoud, a founding member of the Reform and Development Party and a member of the party’s supreme body, who was killed last March, in suspicious circumstances inside the Abbasiya Mental Health Hospital, after his arrest and enforced disappearance on hands of the security services?

The “Safe Return” initiative comes as the security services continue to pursue Egyptian dissidents abroad, as the opposition journalist based in Germany, Basma Mostafa, complained of being persecuted by Egyptian security personnel in Berlin following her participation in a protest sit-in rejecting the visit of President Abdel Fattah El-Sisi to Berlin in July 2022, followed by the hacking of her Facebook account.

Minister of transport refuses to resign over train crash