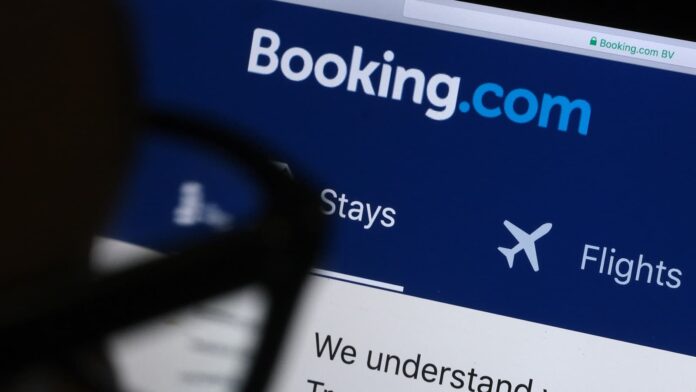 A source in the Hotel Establishments Chamber has said that Booking.com promised to reconsider its decision to suspend work in the Egyptian pound when exchange rates return to normal. The online travel agency had decided, which began to be implemented last Thursday, to suspend dealing in Egyptian pounds for Egyptians wishing to book in local hotels. The agency’s management said that the current unfair value of the local currency was the reason behind the decision.

Goldman Sachs has issued a report stating that Egyptian officials estimate the dollar exchange rate at 22-24 pounds in the event of a further devaluation of the local currency to complete a loan from the International Monetary Fund. Goldman Sachs experts visited Cairo on September 12 and 13 to meet with business people and government officials, including Finance Minister Mohamed Maait, Acting Central Bank Governor Hassan Abdullah and officials from the Egyptian Sovereign Fund. The investment banking company said Egyptian officials were divided over the timing of the local currency devaluation and whether it would happen quickly or gradually. It stressed that there is uncertainty about the timing, size and methodology of the expected agreement with the International Monetary Fund, despite Egyptian officials saying that they expect the deal to be completed before the end of the week. Egyptian officials expected the loan to be between three and five billion dollars, far below the estimates of the financing gap in the country, which amounts to 15 billion dollars over the next three years.

According to Goldman Sachs, the general view among Egyptian officials is that the size of the loan does not matter and that what is essential is that the approval of the International Monetary Fund will mean its acceptance of the country’s overall policies, increasing confidence in the economy and stimulating investments. Goldman Sachs experts, however, say loan size remains essential. They added that the average real income of an Egyptian citizen is now half of what it was ten years ago.

Comic interrogation of the minister of health in parliament