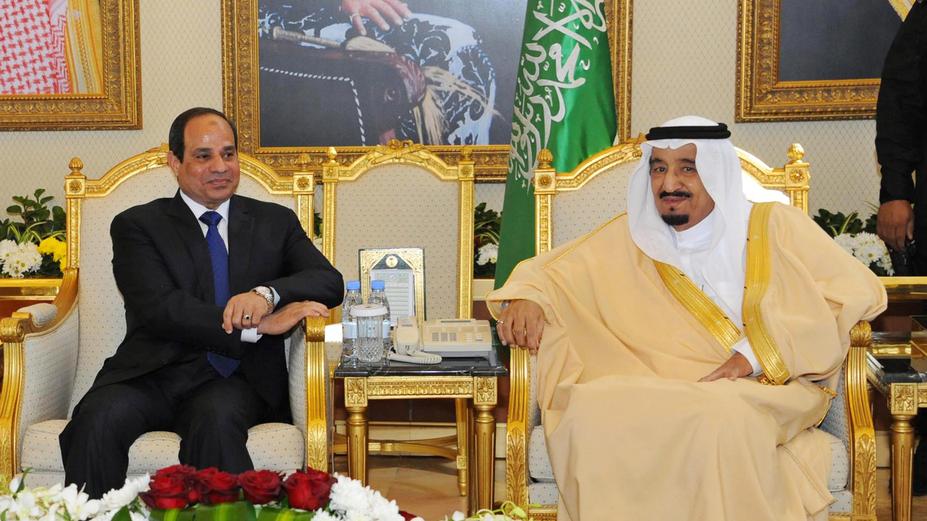 Sisi’s statements came amid financial and political support from Saudi Arabia and the UAE, at a time when the foundation of his rule was yet to be stabilised amid international criticism following his coup against the country’s first democratically-elected civilian president.

But the UAE and Saudi Arabia did not see Sisi soldiers when four oil ships were hit by explosions near of the UAE’s Fujairah port on May 12, or when Houthi drones struck Saudi Aramco’s oil pipelines on May 14.

After the two attacks, Abu Dhabi Crown Prince Mohammed bin Zayed arrived in Cairo, in an unannounced visit, and met Sisi in a closed meeting. Rumours emerged that he asked Cairo to share the Egyptian army in a war against Iran.

Leaks confirmed the rumours at the time, but Sisi denied and the Egyptian regime merely issued statements condemning the two operations, without mentioning Iran explicitly.

After these two operations, the verbal escalation that took place against Iran did not involve the Egyptian regime, which kept itself far from the war of words, in which the US also participated, and made no indication of any confrontation against the Persian state.

Egypt’s refusal to side with its Gulf friends made it clear that Egyptian involvement was not to be taken for granted, and that the Sisi regime does not consider its positions to be entirely linked to the Gulf’s positions.

Indeed, this was not the first time that Egypt distanced itself from the Saudi-UAE alliance. Recently, Egypt withdrew from the proposed Middle East Strategic Alliance, widely dubbed the ‘Arab NATO’.

The withdrawal of Cairo came after a vehement disagreement with Saudi Arabia. According to an Arab diplomat familiar with high-level meetings, Cairo had objected to Riyadh’s style of leadership. The Saudis did not define the role of each country and the specific purpose of the alliance, and “took for granted” the involvement of countries like Egypt.

Indeed, Saudi officials expected their Arab partners to sign a prepared document without much discussion before presenting it formally to Washington. Egyptian officials resented the way both Riyadh and Abu Dhabi treated Cairo as a junior partner, because of the financial aid they provided to Egypt after the coup that brought Sisi to power in 2013 according to Foreign Policy.

The differences in positions soon emerged between the allies in how they dealt with the wars in Yemen and Syria. Following repeated opposing positions, the building of a military alliance could be considered a disagreement, nor could it be considered that the alliance was dead.

In fact, the alliance is still functioning effectively on a number of issues, such as the support for Marshal Khalifeh Haftar in Libya, as well as the support of the ruling military junta in Sudan.

The most important issue of agreement between the allies is the siege of Qatar which has now entered its third year, although Qatar has shown great resistance and has overcome the effects of the embargo imposed on it. Indeed, Qatar appears more independent in its decisions, far from Saudi Arabia and the UAE.

UAE and Saudi Arabia, despite their shock at the Egyptian position in other issues, still need Cairo in issues such as the siege of Qatar, the support of Khalifa Haftar in Libya and the military in Sudan.

It is also possible that the Egyptian regime needs the Saudia-Emirati financial support in the economic aspect, as Cairo is still unable to rely on itself financially.

From its point of view, Cairo does not want the Islamic National Accord Government to succeed in controlling Libyan lands. The Egyptian regime also does not like to see a successful civil ruling in Sudan, which would raise the hopes of its opponents back home.

As for the Qatari file, Egypt has not forgotten that Doha embraced its opponents and provided them a safe haven when they fled from the regime’s oppression. Additionally, Al-Jazeera continues to criticise the Egyptian regime harshly.

It can be said that the allies must realise that their positions and opinions are not for granted, nor are they predictable, but are subject to interests. Moreover, support will not necessarily mean subordination or compatibility across all files.