EgyptWatch
Home Reports Mawadda isn’t the first: Women in Egypt are hostages for their wanted... 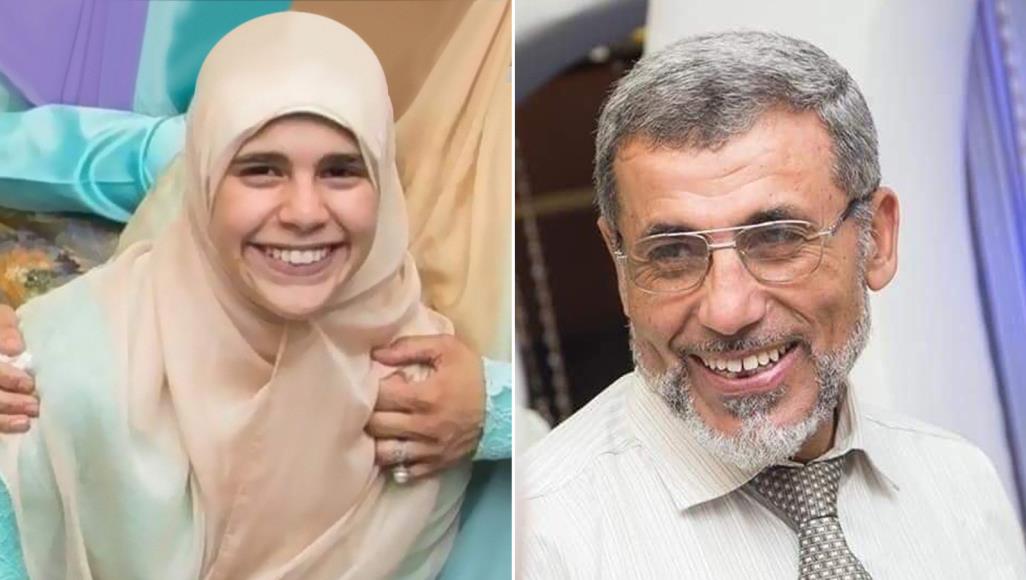 The security forces did not find her father, so they arrested her as a hostage. Her father, who is an opposition politician, handed himself over to the authorities, but when he surrendered in order to release his daughter, they detained both of them.

This is the story of Mawadda Osama al-Aqbawi, who was arrested under the “Hope Alliance” case. Besides Mawadda, six other girls have been arrested on this case.

Mawadda al-Aqbawi, a student in the second division of Media College, is the daughter of Osama al-Aqbawi, a member of the Istiqlal (independence) Party. Although he surrendered himself to the Supreme Security State Prosecutors, they did not release his daughter and instead added her to the “Hope Alliance” case that includes leftists, liberals and Islamists, among them well-known politicians and journalists.

Since the overthrow of former President Mohamed Morsi, Egyptian authorities have expanded the detention of women and girls. This wasn’t usual, even under the former authoritarian President Hosni Mubarak, but since the new Egyptian administration came to power in 2013, security forces have taken a new approach.

Mawadda and her friends are not the first girls Egyptian authorities have arrested, there are others that are well-known.

In April 2016, President Abdel Fattah al-Sisi announced that 2017 would be the year of women, but by the end of 2017 the number of girls and women who had been arrested reached 1,993, many of them under 18, according to the Egyptian Coordination for Rights and Freedoms (ECRF).

One of the most famous of these cases was known to the media as the “7 am girls,” after they put up protest posters in Alexandria and were sentenced to 11 years prison. The case provoked widespread controversy and anger, prompting the authorities to speed up the appeal. They reduced the sentence to one year in prison, before suspending it.

Although it is illegal to detain a person without a prior judicial order, Egyptian authorities used to arrest relatives of wanted people in criminal cases to pressure them and make them surrender themselves. Mawadda is not the first hostage to be taken by the Egyptian regime, she was preceded by many women, and men in larger numbers.

Among those taken by the Egyptian regime as hostages to reach their relatives was the wife of the Egyptian detainee Ahmad al-Saghir, who was sentenced to 15 years in prison by the military court in the case known as the assassination of Colonel Wael Tahoun.

In order to reach Ahmad, Egyptian authorities arrested his wife and young children. Even after he surrendered, his wife and children remained forcibly disappeared, but Ahmed al-Saghir’s wife was luckier than Mawadda. After nearly a week of being forcibly diappeared, she was released without being charged.

The same was true for the wife of professor Salah al-Sawy, who was arrested by security forces on a train to ensure that her husband handed himself over.

Al-Sawy’s wife was then pregnant and the enforced disappearance created a number of health problems. Security forces released her without charge a week after her husband’s arrest.

During those years, Aya used to present her husband’s case in the media and try to gain sympathy. She made phone calls with channels like Al-Jazeera to defend Hassan, but these phone calls have become evidence against her as the security authorities have arrested her on charges of communicating with foreign media.

Aya is still under pre-trial detention, much like dozens of women detained by al-Sisi’s regime for extended periods.

If those girls who are held for investigation still have hope of coming out, other girls have already received harsh sentences. One of the tragic stories is of student Asmaa Jamal from Alexandria.

In one of the anti-coup demonstrations in Alexandria, Asmaa was shot in the leg. When she fell, security forces hit her injured leg.

All attempts to rescue Asma’s leg failed, and she was forced to have it amputated. She appeared in photos posted by her friends on social networking sites walking on one leg.

General al-Sisi often presents himself as the guardian of women, but many women in his rule have found themselves detained or held as hostages, and at times disabled because of their political opinions.