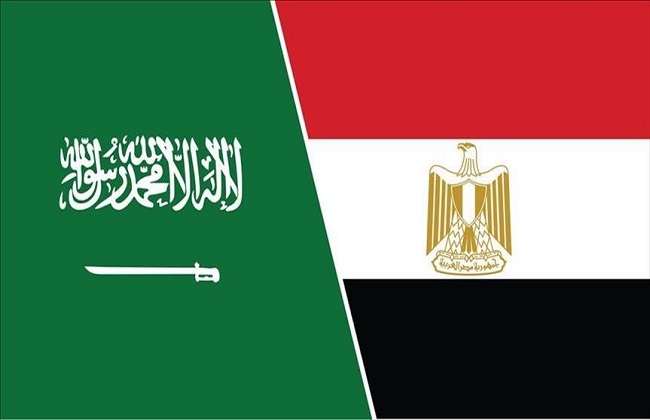 Egypt and Saudi Arabia are keen to maintain their relationship at the strategic partnership level because of shared interests and common perceptions of threats, despite the two countries’ divergent interests. Saudi Arabia appreciates Egypt’s great military power, which helps protect part of the Red Sea’s strategic waters of ​​mutual interest.

On the other hand, Egypt considers Saudi Arabia its most crucial economic financier and a significant labour destination. The two countries also share resistance to political liberalisation, which they fear the administration of US President Joe Biden will support, as part of a renewed US effort to promote human rights. This effort was put on hold during Donald Trump’s presidency. Nevertheless, beneath the surface of this partnership is competition and sometimes divergent political interests, and Egyptians resent being the poorest partner of Saudi Arabia, and their relationship often requires refraining from criticism. Riyadh views Cairo as having ambition for Arab leadership, despite the transfer of power in the region in recent decades to the Gulf states. And in the wake of the military coup in Egypt in 2013, Saudi Arabia flooded Egypt with billions of dollars in economic aid.

On the other hand, Abdel Fattah al-Sisi’s gift to Saudi Arabia was handing over the islands of Tiran and Sanafir for about $2 billion. The purpose of this Saudi gift was to form a common ideological front against the Muslim Brotherhood until Saudi Arabia designated the group a “terrorist organisation” in 2014 and came to consider it a threat to the kingdom’s stability. Although Saudi Arabia granted asylum and refuge for many decades to the group’s activists and members, especially those who fled Egypt in the 1950s and 1960s, it changed its stance towards the organisation in 2012.

On the other hand, Egypt did not look at Iran with such an anxious eye as Saudi Arabia because Iran is not in its immediate neighbourhood. Also, Egypt does not have a Shia audience like some of the Gulf countries, and therefore, in the other fault line in the region, namely the Sunni-Shia split, Egypt and Saudi Arabia were not on the same page.

This difference became evident over the Yemen war, a conflict that is far from over. Although Egypt joined the Saudi-led coalition in Yemen in March 2015, Cairo was very reluctant to engage in this conflict militarily. A large part of this reservation came from the unfortunate memories of Egypt’s military intervention in Yemen in the 1960s, which held back the Egyptian army for five years and resulted in many Egyptian casualties.

Cairo also feared getting involved in what was perceived as a sectarian war, and the most it did was deploy naval ships off the Yemeni coast and bomb some Houthi sites for a short period in the early stages of the conflict. Politically, Cairo supported the government of Abd Rabbo Mansour Hadi, which Saudi Arabia supports, to appease the kingdom. However, its only real concern is to ensure that navigation through the Bab al-Mandab Strait, which connects the Arabian Sea and the Red Sea, is not threatened.

The slowdown in maritime traffic would negatively affect the Suez Canal transit fees, which amount to about $5.8 billion annually and represent one of Egypt’s primary foreign exchange sources. But from Cairo’s perspective, the most urgent threat today is Turkey, not Iran. Notably, under Recep Tayyip Erdogan’s presidency, Turkey granted sanctuary to many Brotherhood activists and allowed their media to broadcast anti-regime messages in Egypt.

More importantly, from Cairo’s point of view, is what it considers a threat to the Egyptian borders in the Mediterranean, where there are significant gas reserves. Although Saudi Arabia joined Egypt in opposing Turkey in recent years and even encouraged its private sector to boycott Turkish goods, it seems that there is flexibility on the part of Riyadh towards Ankara. The easing of tensions between Saudi Arabia and Turkey could make Cairo feel nervous. Despite these differences and common areas, the economic relations between the two countries remain distinct. Egyptian exports to Saudi Arabia amounted to about $1.7 billion in 2019.

Egyptian businesspeople had hoped to increase this number by replacing Turkish consumer goods with those coming from Egypt, which is another reason for Cairo’s concern about Riyadh and Ankara’s rapprochement. Also, the value of Saudi investments in Egypt is about $54 billion, of which $44 billion comes from Saudi companies operating in Egypt, either alone or in partnership with Egyptian private companies. Perhaps most importantly, given the high unemployment rate in Egypt, there are nearly 3 million Egyptian workers in Saudi Arabia, including teachers, doctors, and technocrats, in addition to manual workers.

Despite the return of some of these workers to their homes as a result of the slowdown in the Saudi economy due to the COVID-19 pandemic, the remaining workers still contribute a large part of the total remittances of Egyptian workers abroad, which were estimated at $30 billion in 2019. While the exact amount of remittances from Egyptian workers from Saudi Arabia is unknown, it is estimated that 75 per cent of total Egyptian remittances come from the Gulf countries and 39 per cent from Saudi Arabia alone. However, there were reports of ill-treatment and assaults on Egyptian workers in the kingdom that would likely become a political issue, but these issues were rarely raised in public.