EgyptWatch
Home Reports A nationality for sale: What does the new citizenship law mean? 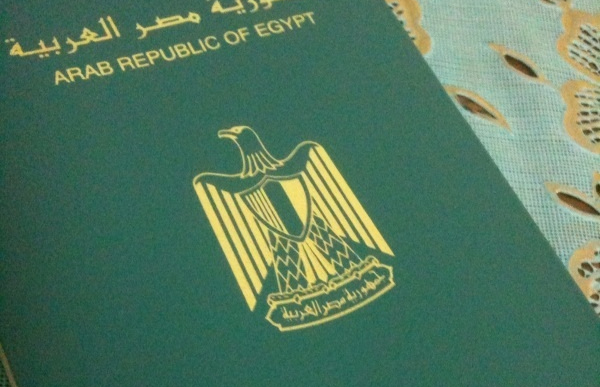 The Egyptian parliament has definitively and with a two-thirds majority approved the decision of the Prime Minister to amend some provisions of Law No. 89/ 1960 concerning the entry, residence and exit of foreigners to Egypt, and to amend Law No. 26/ 1975 concerning Egyptian citizenship. These amendments were adopted within the public session held last Thursday on July 11.

According to the joint committee that includes the committee of defence, the committee of national security, and the legislative and constitutional affairs committee, the bill aims to create a new system to grant Egyptian citizenship in exchange for investments, which contributes towards achieving the state’s economic development.

The committee hinted that Egyptian nationality would be issued after a decision of the council of ministers after considering the opinions of all concerned security bodies, and in accordance with the requirements of national security.

The committee indicated that granting Egyptian citizenship according to the law proposed by the government contributes to supporting economic development and national security, keeping in mind that the ministers’ council have the right to withdraw Egyptian citizenship from whoever acquired it, under article no. 15 of Law no. 26/ 1975 concerning the Egyptian nationality, as well as article no. 9 from the Nationality Law that provides the terms and regulations of nationality holders.

The committee explained that the bill aims at boost the investment of Arab and foreigner funds into economics projects, in conjunction with providing facilities to foreigners who have long-term bonds to Egypt working on providing a trustworthy and stable environment to make investors feel safe about their money and projects.

The law provides that the prime minister is allowed to grant Egyptian citizenship to any foreigner who buys a state property or any property owned by any legal national personality, any foreigner establishing an investment project under the Investment Law issued by Law no. 72/ 2017, and any foreigner who has deposited money in a foreign currency as direct revenue to the general treasury, or as a deposit in a private account in the central bank.

Talaat Khalil, a member of parliament, said that it’s not appropriate to approve this law and leave our doors open for whomever wants to engage in money laundering or people who are under suspicion, for example. Khalil excluded that non-possession of Egyptian citizenship could be an obstacle to any foreigner investor who wants to establish projects in Egypt.

“I asked the government to reveal the number of foreigner investors whose projects has faltered and who want to acquire citizenship to overcome these obstacles, but I received no response until now,” said the MP.

Esam el-Esalmbolly, the lawyer and constitutional scholar, sees that the current laws without the new one consider the interest of the foreigner investor and provide him with several benefits. According to el-Eslambolly, there are many ways to attract foreign investors in Egypt without granting citizenship.

“We could provide him with a transshipment and capital allowance, as well as give him the right to benefit from land for his investments, also to sell lands with easy payments,” said el-Eslambolly.

The House of Representatives, chaired by professor Ali Abdel Aal, has refused a proposal submitted by the MP Mostafa Kamal el-Din Hussein to prevent granting Egyptian citizenship for both Palestinians and Israelis.

“The government made citizenship granting uncontrolled,” said the MP during the plenary session. He warned that Israel could use this law to get Egyptian citizenship.

He also emphasised the necessity to set out more restrictions on granting Egyptian citizenship, and to prevent Palestinians and Israelis from obtaining it.

“And it shall not be granted to anybody involved in unauthorised business such as organ trafficking, drugs, arms and others,” he added.

Afifi Kamel, the MP and member of the legislative committee, agreed with Hussein on the necessity of preventing Israelis from acquiring citizenship.

It is noteworthy that previous official reports revealed a decrease in the number of foreigners who have acquired Egyptian citizenship. Between 2013 and 2017 the percentage decreased by 75.1 per cent.

According to the Central Agency for Public Mobilisation and Statistics’ reports, the maximum number of applications in Egypt reached 8,907 in 2013, and the lowest was 2,216 in 2017.