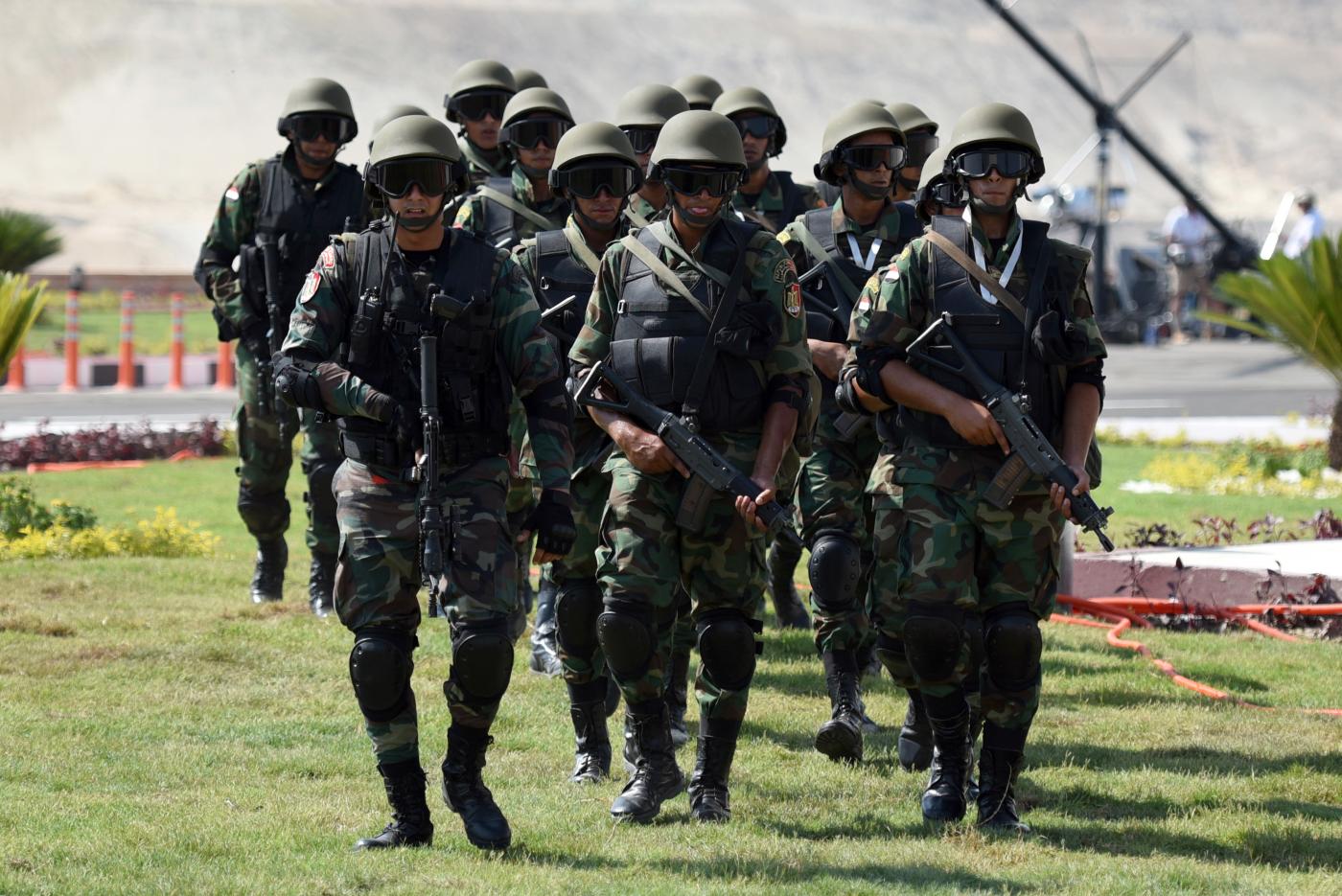 CAIRO — Unknown gunmen killed three citizens in the Sinai Peninsula on July 18, an Egyptian security source was quoted as saying by the German Press Agency (DPA).

The anonymous source said that armed groups set up an ambush on the international road near Hasna city in central Sinai in the afternoon and killed three citizens before fleeing to the desert of central Sinai. Witnesses told DPA that an armed group cut off the international road, stopped vehicles and forced three citizens to step out of a car and shot them.

The same day, spokesman of the armed forces Col. Tamer al-Rifai wrote on his official Facebook page that armed forces had foiled a suicide attack close to a security checkpoint in northern Sinai.

Rifai said, “Forces were able to thwart a suicide attack by a terrorist near a car park in the town of Sheikh Zuweid, close to a security checkpoint.” He added that the attack was averted because of the alertness of the security forces. According to him, the militant was shot before he reached the checkpoint, leading to the detonation of the explosive belt that killed the terrorist and a member of the armed forces.

Egyptians in solidarity with Syrian refugees against campaign of incitement