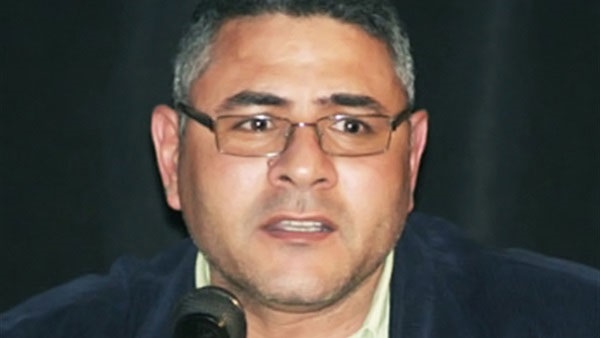 When the director of the Arabic Network for Human Rights
Information (ANHRI), lawyer Gamal Eid, left his home on Sunday,
he was surprised when 10 people beat him and threw paint at him
in what appeared to be an attempt to humiliate him.
Some of these people were armed, and they used their guns to
scare passers-by and prevent them from intervening to help Eid.
The aggressors called one of them “Pasha,” a nickname commonly
used for officers in Egypt. It was clear that this person was their
most senior chief, while the others were police sergeants.
Sarah Leah Whitson of Human Rights Watch said that “this latest
assault on Gamal Eid has the fingerprints of Egyptian security
forces all over it.”
Observers consider the beating of Eid in the street as an indication
of the increase in cases of public torture in Egypt.
Whitson pointed out that “repeated attacks against one of Egypt’s
leading rights activists raises grave concerns about the possible
involvement of Egypt’s leadership.”
ANHRI accused officers and security personnel of assaulting the
director of the network in Egypt and published on Twitter
information about “a new police assault on the director of the Arab
Network, Gamal Eid, saying that police officer and sergeants
waited for Gamal Eid next to his house and beat him and threw
paint at him.”
Eid accused the Egyptian Ministry of Interior of being behind the
attack he suffered in front of his house on Sunday and posted a
picture on Facebook showing his face and clothes covered with
paint.
Later, Eid said that he remembered the officer responsible for the
attack and had previously seen him during the assault by security
forces on a number of protests in central Cairo, including the

protest at which activist Shaimaa el-Sabbagh was shot and killed,
but he did not know his name.
Eid’s friend on Facebook, Tariq Khater, said that three cars
intercepted the path of the well-known lawyer and human rights
lawyer, so that armed individuals could get out, beat him, and
spray him with paint, in an attempt to insult him.
Khater added that when passersby tried to help him, the men
showed their guns, threatening to shoot anyone trying to approach
to help him.
The attacks on Gamal Eid took place because of his insistence on
talking about the conditions of detainees and human rights
violations in the country.
The Egyptian Ministry of Interior has not formally commented on
these accusations, nor has it confirmed, denied or announced
official investigations into this.
But media loyal to the regime of General Abdel Fattah al-Sisi
launched a smear campaign against Gamal Eid.
The website of the state-owned Akhbar Al-Youm newspaper, citing
unidentified sources, said that the attack on Gamal Eid was
planned by “the forces of evil hostile to Egypt.”
The newspaper added that those who carried out this attack aim to
“discredit Egypt by publishing rumours.”
On the other hand, Eid says that those who attacked him tried to
“punish and silence him” to stop continuing criticism of the
“heinous violations of human rights” in Egypt.
It is noteworthy that this attack is the fourth to be suffered this
year, according to an ANHRI statement.
Eid, 55, founded ANHRI in 2003 to promote freedom of
expression and provide legal assistance to activists and journalists.
ANHRI and Eid have received numerous international awards for
their work on freedom of expression and press freedom in Egypt.

In 2016, Egyptian authorities imposed a travel ban on Eid and a
court ordered a freeze on his personal assets and the funds of his
organisation, along with other human rights defenders in the 2011
foreign funding case.
On October 10, armed men in civilian clothes attacked Eid,
breaking his ribs and causing other injuries. Eid said that after
several weeks, on October 30, he received threatening calls and a
text message asking him to be disciplined. The next morning, he
discovered that a car he was using had been vandalised.
Over the past few years, Egyptian security forces have begun to
publicly torture and beat opponents in the street, and not just
secretly in detention facilities.
In January 2018, unknown persons assaulted former judge
Hisham Genina. Genina was part of the campaign of former army
chief of staff Sami Anan’s presidential bid. He accused the
Egyptian regime of being behind the attack on him and the attempt
to assassinate him.
Lawyers and human rights activists say that the lack of
accountability for the Egyptian regime for torture in detention
facilities has made them more aggressive and openly practice
torture.
The Egyptian regime aims to publicly torture citizens to increase
the terror of dissidents and human rights defenders. If torture is
public on the streets, what happens in detention facilities?