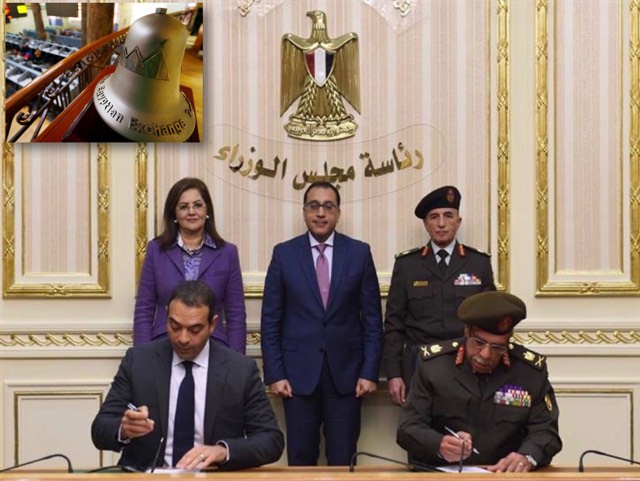 Egypt’s sovereign fund and the National Service Projects Service have signed an agreement to put up military owned companies on the stock exchange, according to a statement issued by the cabinet. In a press conference the Minister of Planning and Economic Development Dr. Hala al-Said, Chairman of the Board of Directors of Egypt’s sovereign fund, said that the agreement is considered an implementation of al-Sisi’s orders. It comes within the plan of economic reform and restructuring. Egypt’s sovereign fund will supervise the investment.

Last month the Egyptian parliament approved a bill amending several articles of the 2018 Act 177 establishing the sovereign fund, which included an amendment to article six of the law to prevent citizens from challenging the transfer of assets from the state to the fund or challenging the fund’s contracts with other parties.
The right of appeal is limited by the bill to the owner of the asset or the fund. Claims for invalidity of contracts are only eligible through the contracting parties.