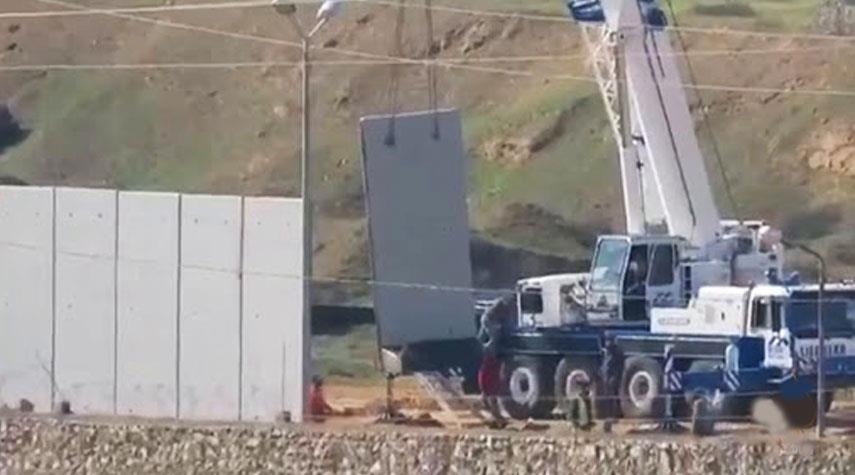 Egyptian eyewitnesses from Rafah City in North Sinai have said that the Egyptian authorities have been working for two weeks to construct a wall on the border with the Gaza Strip that extends between Karam Abu Salem’s crossing and the Rafah crossing for about two kilometres. Special sources, who asked not to be named, told Egypt Watch, that this wall is to be carried out by a local company under the supervision of the Egyptian army engineering organisation.

The border wall is about six metres high in most areas with concrete bases that reach about three metres underground. It is covered by observation towers every 100 metres. Egypt has sought over the last several years to destroy tunnels on the border with Gaza that extend for 14 kilometres they have said in an official statement is to prevent militants and extremists sneaking into Egypt.
Egypt did not comment officially on the construction of this wall, whilst the Israeli newspaper Yediot Aharonot said it is expected it to be completed by the end of this year and that the western part of it will be merged with the system established by Israel above and under the water in the Mediterranean Sea north of the Gaza Strip.