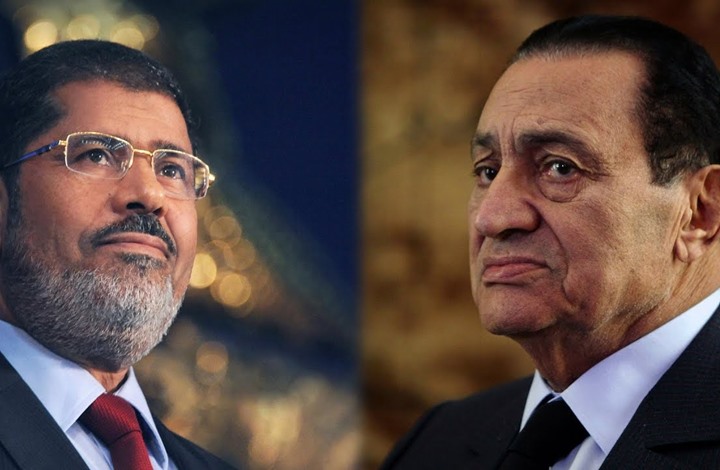 The Arab Network for Human Rights Information issued a report saying that away from political matters, citizens are not equal before the law and in prisons as well as presidents, including former Egyptian presidents Mohamed Hosni Mubarak and Mohamed Morsi. The report said that there is a difference between Mubarak and Morsi from their overthrow till their death. Mubarak went to Sharm Al-Sheikh after his dismissal, but Morsi was imprisoned. He was prevented from visiting, and a military funeral was organized for Mubarak, while Morsi was buried without a funeral. The report said Mubarak was charged with crimes including murder of protesters and illegal gain. He was put in a spa resort in Sharm el-Sheikh until 15 April, 2011 then the attorney general issued a decision to transfer him to a military hospital and then released him about 6 years later and returned home. In July 2013 Morsi disappeared for a long time until Egyptian authorities announced his appearance and beginning of his trial. Morsi was held incommunicado and always complaining about the lack of health care and the denial of visits until he died in 2019 at one of his trial sessions. “Both Mohamed Morsi and Hosni Mubarak were Egypt’s former presidents, but neither received the same treatment before the law nor equal rights. A clear gesture of intransigence toward Morsi until his death,” the report said.

New campaign of arrests in Egypt target ‘Alliance of Hope’