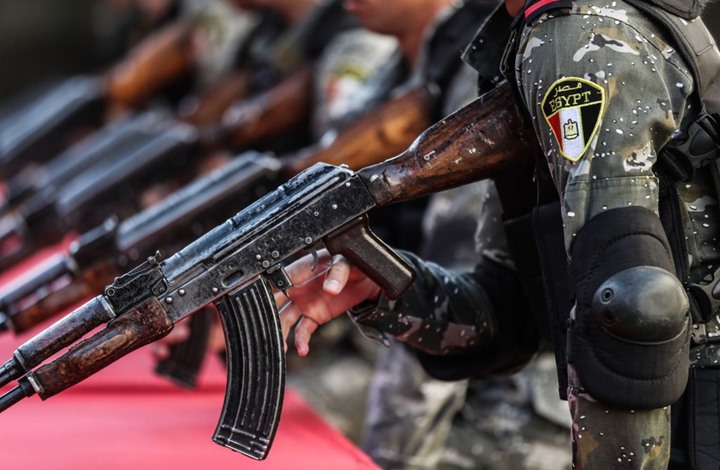 Stockholm International Peace Research Institute (SIPRI) revealed that Egypt ranked third in the world in the import of arms and military equipment in the period from 2015 to 2019, with its arms imports reaching about 5.58% of the global market, after Saudi Arabia, which came first with 12%, and India with 9.2%. The report revealed that Egypt’s arms imports in that period increased by 212% compared to the period from 2010 to 2014, and the report suggested that the increase be related to its military activity in Libya and Yemen, as well as its war with armed groups in the Sinai. France and Russia topped the list of countries supplying weapons to Egypt by 34%, and the United States by 15%.

Egypt has concluded nearly 40 deals for the purchase of weapons and military equipment during the past six years, at a value of $ 15 billion, the most prominent of which were French Rafale aircraft, the Mistral helicopters carriers and the Russian Sukhoi 35. Egypt is currently negotiating with Italy to purchase 24 Eurofighter Typhoon fighters, in addition to two FREMM Bergman warships, a reconnaissance and radar imaging satellite, and advanced training aircraft, in addition to AW149 helicopters, with a total value of all deals Up to 9 billion euros.

The government intends to raise gas prices for industries