EgyptWatch
Home Egypt Watch Document: Ministry of Health punishes doctors if they are infected with coronavirus 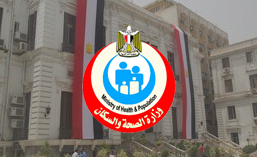 The Chairman of the Board of Directors of the Comprehensive Health Insurance System issued an administrative publication on the measures that must be taken by the employees of the authority to confront the coronavirus epidemic. The instructions include dividing the doctors into two groups and working for 15 consecutive days in rotation, provided that the group that ends its work period adheres to home isolation during their rest period. The instructions warned doctors not to work in private hospitals and medical centres during the period of home isolation so that they would not get infected.

In the event that any of them is confirmed to be infected, he shall be granted a leave of 15 days, and after returning from leave, disciplinary measures will be taken against him. This has caused a state of discontent and anger among doctors, as they are forced to work in private hospitals due to the low government salaries, which amount to only EGP 2,500 per month ($160).

Doctors considered that this decision is a kind of administrative abuse against them, because it is possible to be infected with the virus even if they adhere to home isolation.