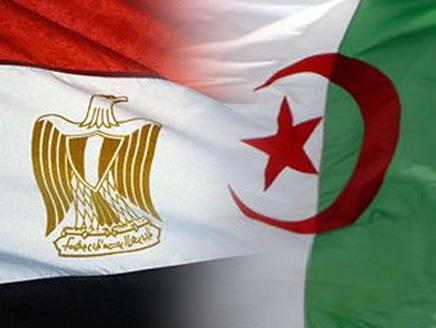 Despite the importance of Egyptian-Algerian relations as two of the most important military powers in North Africa, it seems that the signs of the hidden conflict between the two regimes are on the way to escalation. Although the conflict between the two countries did not appear in public, observers said that there are unmistakable indications of the escalation of that conflict.

This conflict comes at a time when signs of a radical and remarkable change in the military doctrine of the Algerian army have started to float on the surface of the scene. According to the new draft constitution, which is highly expected to be approved in a public referendum within the next two months, the Algerian president will have the authority of sending army units outside the Algerian borders, whether to participate in international peace-keeping operations or combat operations to bring peace to neighboring countries.

For six decades, the Algerian forces were not allowed to fight abroad in accordance with the constitution in force in the country throughout these years. While Algerian officials say that these amendments come to adapt to the current developments in the region surrounding Algeria, after armed groups have deployed in a number of neighboring countries, observers say that there is a clear difference between the Egyptian and Algerian visions regarding Libya.

Earlier this year, Algeria’s policy towards Libya witnessed a remarkable and frank transformation, with its explicit declaration that “Tripoli is a red line that must not be crossed”, in a clear rejection of the campaign launched by the Libyan General “Khalifa Haftar” since last April to seize Tripoli, with support From Egypt, UAE and Saudi Arabia.

The Algerian reaction did not stop at that. Rather, the Algerian President Abdelmadjid Tebboune announced in his inauguration speech that his country “will not accept excluding it from the proposed solutions to settle the crisis in Libya”, which made Algeria a new and influential player in the Libyan file.

The Egyptian regime was not interested to see a new important player in Libya, especially from the neighbors’ countries. Algeria seemed unhappy with what it considers Egyptian attempts to unilaterally decide in Libya and ignore its role in arrangements for a political solution to the crisis, which was evident in its revival of the Libyan “neighboring countries” mechanism and its hosting of the first regional meeting.

That meeting included the foreign ministers of Tunisia, Egypt, Chad, Mali, Sudan, and Niger, in January / Last January. That meeting was a message to remind the Egyptian regime that there are many other neighbors for Libya, and that his regional allies (UAE & KSA) are not neighbors.

The Egyptian regime was not ready to see Algeria interfere heavily in Libya, especially that the political incidents there were still hot, but Tebboune chose to move forward in many fields to prove himself to the people, believing that hard work will solve many problems. During Tebboune’s visit to Riyadh last February, the Algerian President raised the ceiling of his demands, demanding King Salman bin Abdulaziz that Saudi Arabia and the UAE should coordinate their policies in Libya directly with his country without a mediator, referring to the Egyptian regime.

Over the past few months, Algeria has witnessed a steady diplomatic movement, which made it a destination for the foreign ministers of Saudi Arabia, the UAE, Egypt, Turkey, Germany, and Italy, other than hosting it for Turkish President Recep Tayyip Erdogan and the head of the internationally recognized government of Al-Wefaq, Fayez al-Sarraj.

Algeria acknowledges the legitimacy of the government of National Accord (GNA), and declares its adherence to the search for a political solution to the crisis, stressing that the fall of Tripoli is a threat to its national security, and may cause a wave of displacement towards its lands, and a war near its borders with Libya (extending over a thousand kilometers). Without a doubt, Algeria’s move of its cards in Libya has weakened the Egyptian-Emirati axis.

Since Algerian President Abdelmadjid Tebboune assumed power in the country last December, Algerian diplomacy has witnessed activity on several fronts, but this Algerian activity seems to annoyed the decision-makers in Egypt. Although Tebboune received an official invitation to visit Cairo, and another verbal one by General Abdel Fattah El-Sisi during the Berlin conference last January, the eighth president of Algeria has not shown any response yet.

Observers see the deferred visit as another sign of the hidden conflict between the two North African countries.

The upcoming Arab summit, to be hosted by Algeria, is considered an arena of muted competition between the two countries, as the host country seeks political gains. Algeria, in coordination with the Arab League, is to set the new date for the summit that was scheduled for last March, and to postpone it due to the consequences of the Coronavirus. The position of the Secretary-General of the League of Arab States appears at the top of the list of causes of Egyptian-Algerian tension, especially in light of Algeria’s insistence on adopting a proposal to rotate the position among member states.

Algeria refuses to limit the position of the Secretary-General to the headquarters country only (Egypt) and also demands to adopt the quota system in all Arab League positions. Algerian diplomacy is also making reservations on the agenda of the summit, and aspires to impose its perspective on major issues, including the Palestinian issue, arrangements for the “deal of the century”, the Libyan crisis, and the reactivation of Syria’s membership in the university.

Observers believe that the decision to postpone the “periodic” Arab summit gave Tebboune more time to revive Algerian diplomacy and restore the country’s position in the Arab world and Africa.

One of the files provokes the dispute between Cairo and Algeria; it is the quadrant siege imposed on Qatar by Saudi Arabia, the Emirates, Bahrain, and Egypt. The invitation sent by Tebboune to the Emir of Qatar Tamim Bin Hamad to visit Algeria, last February, may be an indication of the increasing size of Algerian solidarity and support for Doha in the face of the blockade, which is about to complete its third year in a row.

Since the outbreak of the Gulf crisis on June 5, 2017, Algeria has been inviting parties to the dispute to dialogue and respecting the principles of good-neighborliness, warning of the repercussions of the crisis on the unity and solidarity of the Arab world.

Tebboune’s choice of Riyadh, as the first stop for him after his election as president, was loaded with hopes of dissolving the Gulf dispute and preparing matters for achieving Gulf reconciliation during the summit that will be hosted by his country this year.

The Algerian president, who met the Emir of Qatar and the King of Saudi Arabia within one week, may aspire to play a mediating role between Doha and Riyadh, as part of his endeavors to make the Algerian summit a success, trends that may not satisfy the hardened Egyptian mood towards Qatar.

Cairo feels resentment towards the Algerian-Turkish rapprochement, after the two countries announced an agreement to raise the volume of trade exchanges between them to 5 billion dollars, and the expansion of Ankara’s influence in North Africa.

It is noted that there is an Algerian-Turkish harmony related to the Libyan file, as it seemed that each of them acknowledges the legitimacy “GNA”, and adhere to calling for a ceasefire and allowing the return of political dialogue, an agenda that overthrew the dreams of Cairo and Abu Dhabi in installing “Haftar” as the leader.

The ruling circles in Algeria also see that the Emirati agenda in Libya and Tunisia, which enjoys Egyptian support, is harmful to its national security, and that the UAE is not a neighboring country until it is allowed to interfere in the Tunisian and Libyan affairs, and to harm the interests of neighboring countries.

In summary, Tebboune, who is searching for a new formulation of his country’s Arab and regional role, expresses rejection and reservations about Egypt’s unilateral decision in a number of sensitive files, and wishes to review many decisions and restore attendance in many of the issues that his country had to be absent due to its preoccupation at a stage The political transition, and this simple concept has shocked the Egyptian regime.