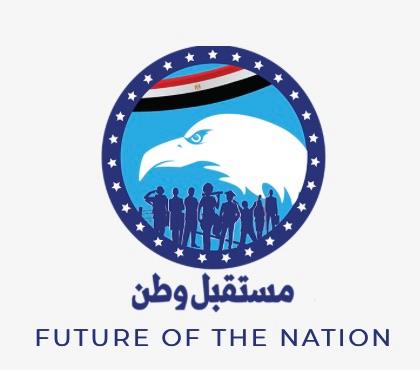 The sweep of the Nation’s Future Party (individual and list candidates) for the senate elections after they gained the majority in the House of Representatives has raised questions about the role of this newly established party, strongly supported by the state apparatus. Although the National Elections Commission (NEA) did not officially announce results, it is sure that the party will win half of the contested seats (100 seats), all the seats allocated to the lists, as no one is competing with the party. It is also certain that the party will win most of the seats allocated to individuals (100 seats). The Nation’s Future Party (NFP) was formed in 2015 to support Abdel Fattah al-Sisi in the presidential elections. The party turned out to be the one in control, which brings to mind the bitter experience Egyptians had under the rule of the National Party during the late President Hosni Mubarak’s era.

In Mubarak’s era, the National Democratic Party (NDP) was the only party in political life, besides other cartoon parties. Many believe that the NDP was one of the factors behind the outbreak of the January 25 revolution. A few months ago, the party stoked the displeasure of the masses by publishing pictures of themselves distributing blankets to the poor in a humiliating manner. Then the matter was repeated recently when pictures of an election feast for the party leaders were published, that cost millions despite the people suffering from poverty and high prices.

There is no doubt that the state apparatus supports the NFP, as evidenced by the fact that the retired army and police officers joined its ranks and ran on its lists in the parliamentary elections. Deputy ministers, governors, and mayors of cities and neighbourhoods also compete to declare their affiliation with it and sit on its stands in ceremonial and electoral conferences.

Observers also point out that Egyptian television and satellite channels keenly broadcast the party’s news, such as announcing the Supreme Constitutional Court’s former chief, Counselor Abdel-Wahab Abdel-Razek Hassan, as the head of the NFP. In contrast, other parties do not get any attention. The strangest scene was in the last presidential elections and referendum on amending the constitution. The army distributed food supplies and gifts to voters in front of the electoral committees, and the gift boxes bore the logo and name of the NFP.

The sight of army cars and armoured vehicles being distributed food supplies in boxes bearing the party’s logo astonished observers. They described the matter as an electoral bribe to urge citizens to vote in light of the low turnout and the boycott by many political forces of the elections taking place since the military coup in 2013.

The Nation’s Future Party was originally a front bearing the same name (Nation’s Future campaign). According to a previous testimony of the currently imprisoned politician Hazem Abdel-Azim, General Intelligence Services (GIS) established the front at that time as a youth entity to support the current president in his first term elections.

The General Intelligence Service, Military Intelligence and National Security Apparatus are the ones who run the party and select candidates on its lists. This information answers questions about the sources of the party’s funding, especially as it spends lavishly, whether on its headquarters or its conferences that turn into squares to distribute gifts and money to attendees. The party has succeeded in obtaining business services in the provinces in exchange for political and financial gains.

Business people are likely to obtain gains by accessing the seat of parliament or winning commercial facilities, through projects that are passed from officials’ offices.

The sudden emergence of the party on the political and parliamentary arenas and the massive spread it achieved prompted some politicians to claim that it is the successor to the dissolved National Democratic Party (NDP).

As the entity relies on the NDP’s old cadres, especially in the provinces, you find that the vast majority of heads of local secretariats are former members of the NDP. Some of them are symbols of their financial and societal weight. From the very first moments of the party’s inauguration and imposing its symbols on satellite TV screens and newspaper websites, the simple citizen realized that this entity was created primarily to support al-Sisi.

The NFP adopts the same strategy that the dissolved NDP used to exploit the suffering of the poor people in Egypt, where a state of condemnation prevailed in the Egyptian street after the circulation of pictures of the “blanket distribution” sponsored by the General Secretariat of the NFP in the Manzala area of ​​Dakahlia. The photo showed women with their heads bowed, and their backs bent, not wanting to be photographed.

The NFP officials were forced to apologise following the outpour of anger and afterwards accused the “terrorist groups” of insulting the party’s image. The apology did not prevent the repetition of the provocative scenes, as activists shared photos showing a “huge feast” held by a senate candidate. The photos raised a wave of criticism and anger due to the extravagance in light of the distress the country is witnessing. The pictures showed large numbers of different types of expensive food.

The banquet for members of the Nation’s Future Party contained 400 grilled lambs, four calves, and 200 kilos of shrimp, whilst General al-Sisi calls on his citizens to endure hunger to build the country.

Sudan offers Egypt a hard choice between Halayeb and the Renaissance...

Among escalating crises, the Handball World Cup is little more than...