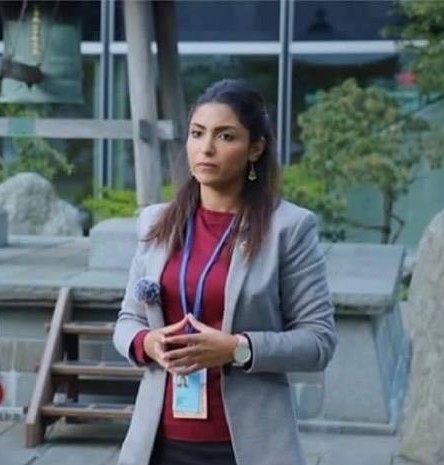 The International Women’s Media Foundation (IWMF) have announced that the detained Egyptian multimedia journalist Solafa Magdy has won the 2020 Courage in Journalism Award, along with three other female journalists from China, Finland and Syria. Solafa has been imprisoned in excruciating conditions since November 2019, when she was abducted and detained shortly after a raid on an independent news outlet in Cairo. She is being held in pretrial detention without access to a fair trial, exceeding what is lawfully prescribed in Egyptian law.

IWMF said that Solafa is a journalist who is interested in minority rights, women’s rights, education, human rights, refugees and sexual harassment in Egyptian society.  She is the founder of Everyday Footage, a school that trains young female journalists and researchers in mobile reporting. Since March 10, there has been a blackout on news about Solafa after the Interior Ministry’s decision to prevent visits to prisons as part of precautionary measures to confront the corona epidemic.

There are currently 35 journalists in Egyptian prisons, and according to the International Press Freedom Classification for 2020, Egypt ranks 166 out of 180 countries.