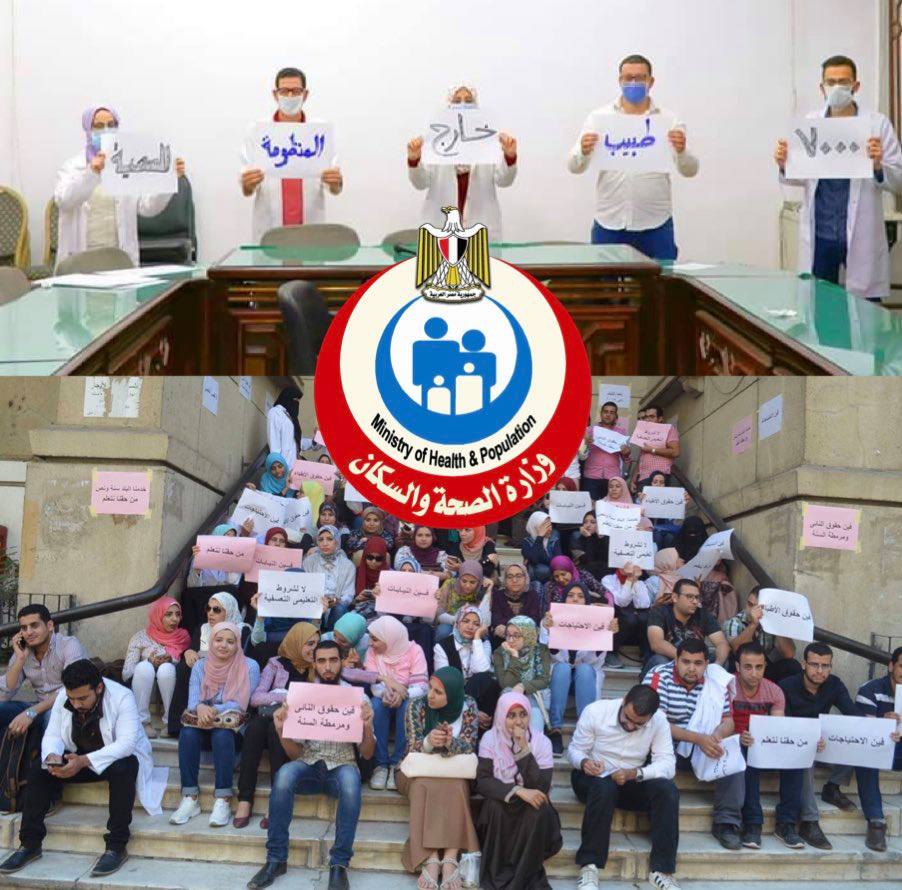 Medical graduates of 2020 have rejected the Ministry of Health’s proposal to start electronic registration for doctors, who have been on strike during the past few weeks. The ministry proposed two ways this could be done:

The doctors said that the solution proposed by the Ministry of Health is a type of procrastination and circumvents the doctors’ requests to assign them in accordance to the old established commissioning system. The doctors called on the ministry to restudy the new system, and to set a time plan that would ensure the logical progression of its application and avoid its negative impacts.

They affirmed that the new system destroys the training programmes in the Egyptian Fellowship, exacerbates the crisis of doctors’ deficits in primary health care units and lowers the level of medical service provided to citizens.

Aboul Fotouh has a new health crisis in prison