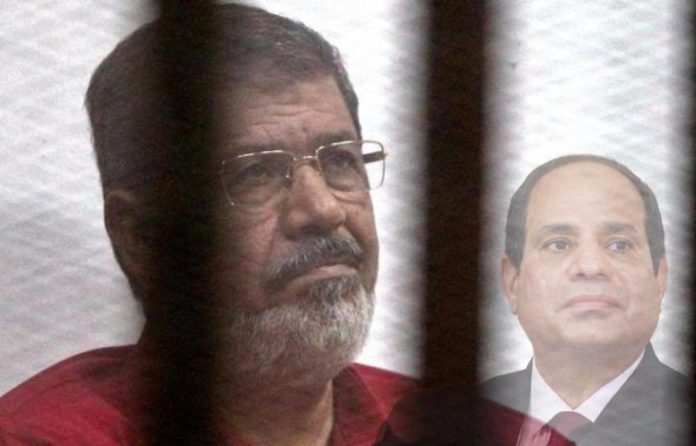 The Egyptian media loyal to the regime of General Abdel Fattah al-Sisi have attacked the late President Mohamed Morsi, coinciding with the first anniversary of his sudden death after six years in prison. The attack campaign launched by the Egyptian media on Morsi came amid clear sympathy for the late president on social media. While Egyptian activists described Morsi as being wronged and that he was the democratically elected civilian president in Egypt, the Egyptian media described the Morsi period as “a black year in the history of Egypt.”

This sympathy increased, after former Minister of Justice Ahmed Mekki’s testimony about his time in power. Mekki, who served as Minister of Justice during the Morsi era, spoke about facts that prove the late president’s integrity, including his refusal to suppress the protests, his acceptance of the judges ’criticism of the constitutional declaration, and his repeal of the journalists’ jail law.

On the first anniversary of Morsi’s death, Mekki said that his first meeting with Morsi was the day of the legal swearing-in, and he had nothing to do with him before. One of the most important facts that he witnessed was a meeting inside the Republican Palace when the opposition demonstrators surrounded the Presidential Palace.

Mekki said that Morsi met with the then Minister of Defence Abdel Fattah al-Sisi, the current Minister of Defence Mohamed Zaki who was the President of the Republican Guard, Major General Ahmed Gamal el-Din, Interior Minister at the time, and the president’s current adviser for security affairs, as they were discussing the protesters’ storming of the presidential palaces and forcing the Republican Guards to remove Morsi from a back door. During the meeting, Morsi asked the Republican Guard commander if he was able to stop the protesters. He answered, saying, “I can shoot them with bullets?” Morsi replied: “No, no bullets.”

In another story, Mekki recalled that Morsi contacted him and told him that he could not sleep because the prosecution detained the journalist Islam Afifi from al-Dostour daily for insulting the president in an article, and asked Mekki to contact the court to release him. He added that he responded to the president by saying that he could not address the court for anyone, even for the president, so he asked him: “What should be done?” Mekki told him, “You can cancel the law on detaining journalists,” and then Morsi immediately issued a decision to repeal it. Mekki believes that Morsi was not averse to holding early presidential elections in the event of the completion of state institutions, the constitution, and the election of the People’s Assembly. Mekki’s words caused widespread controversy in the country, and supporters of Morsi considered it a sign of Morsi’s sincere intentions.

On the other hand, the Egyptian media, represented in newspapers and media outlets, all of whom are affiliated with the regime, launched a sharp attack on Mekki. Al-Watan daily described Mekki’s statements as “lies and spreading rumours,” and an attempt to beautify the image of the Brotherhood’s period in which Morsi assumed the presidency. As for the well-known pro-government journalist and MP Moustafa Bakri, he accused Mekki of “lying as he breathes (…), accusing him of trying to bleach the face of his Brotherhood against the truth, and creating false incidents that the witnesses of the events themselves said [are] lies,” he said.

Rami Radwan, a TV show man, launched a sharp attack on Mekki and said he was not surprised by what he said, given that this is “the Brotherhood’s habit.” He asked a question to Mekki, “Where were you when Morsi and his regime violated the constitution and the law,” according to his words.

The broadcaster Ahmed Moussa also launched an attack against Mekki and demanded that judicial measures be taken against him. Moussa’s call was responded to by lawyer Khaled Abu Bakr, as he announced his submission of a report to the attorney general against Mekki. The report included a request to investigate Mekki in everything he mentioned in his interview with Al-Jazeera Mubasher TV, accusing him of inciting against the state.

Observers say that the Egyptian media campaign to attack Morsi and all his supporters came because the Egyptian regime still fear Morsi despite his death. Opposition politicians say that al-Sisi realises that he came to power through a coup against President-elect Mohamed Morsi, and that he is gaining the legitimacy of his regime by repeating that Morsi’s rule was hell, and that he responded to the request of a popular revolution.

For six years, al-Sisi insisted on keeping Morsi locked up without any contact with the outside world, and Morsi was refused medical care up until his death. But even a year after his death, and seven years after the coup, Morsi still scares al-Sisi.

Muted tension with Kuwait: Will the Egyptian regime lose an important...