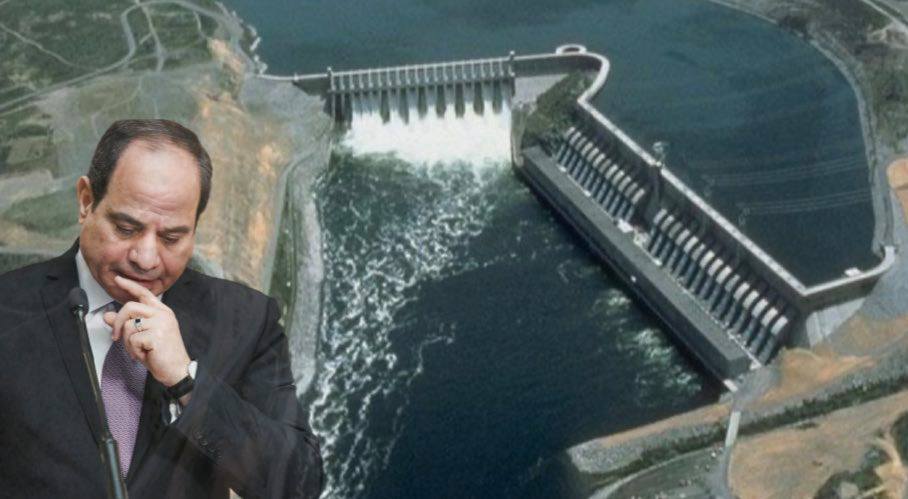 The Egyptian Foreign Ministry said, on Friday, that the Egyptian government has demanded that the UN Security Council intervene in the Ethiopian Renaissance Dam negotiations. The Egyptian step came after the failure of the last round of the triple negotiations between Egypt, Sudan and Ethiopia. Although this latest step represents a progression in Egypt’s approach to the crisis over recent years, it remains a weak step indicating the weak Egyptian situation. Egypt has just asked the UN Security Council to push the negotiations between the three countries, not to impose any resolution.

This step concludes the failure of several rounds of negotiations, one of them which was hosted by the US Treasury and the World Bank last November, which continued until last February when Ethiopia announced its withdrawal from the last session which was the session where the deal was signed. This round witnessed negotiating the controversial points about the dam including the period spent on filling the dam’s tanks and the water shares for Egypt and Sudan every year, particularly during the years of low rainfall. This round was followed by another one called by Sudan and was held throughout June with the attendance of observers from the USA, the EU and South Africa. This round ended last Tuesday without a deal.

The Sudanese Irrigation Ministry said after this failure that it fears the risks arising from filling the dam until an agreement is reached between Sudan and Egypt. The Sudanese statement attributed the failure of negotiations to the absence of the will to agree on the Ethiopian side and Addis Ababa’s reluctance against settling on a long-term agreement. Instead, Addis Ababa presented an alternative protocol that carries no obligations.

The Egyptian Minister of Irrigation and Water Resources Mohamed Abdel Aty said that the negotiations have not progressed because of the Ethiopian refusal to discuss aspects of the deal concerning international law, while Ethiopia wants just guidelines that it has the right to amend by itself.

Abdel Fattah al-Sisi holds part of the responsibility about Ethiopia’s reluctance as it was him who signed the Declaration of Principles in al-Khartoum with Sudan and Ethiopia in 2015. This declaration is considered the only document where Egypt approves the Ethiopian Dam.

Professor Ahmed al-Mufti, the previous Sudanese delegate in the dam’s negotiations, who resigned after the declaration, said that the declaration was written by seven Ethiopian experts without the participation of any Egyptian or Sudanese expert. Al-Mufti asserted that this declaration was the document that gave international legality to the dam.

The Egyptian pro-government journals were ordered then to put the same headline, “Al-Sisi Resolved the Problem.” So far, the declaration hasn’t been referred to the Egyptian parliament. There are fears that the conflict between Egypt and Ethiopia over the dam will become militarised, particularly after the Ethiopian announcement that the dam will start being filled in July. The announcement was made by the Ethiopian Foreign Minister Gedu Andargachew who asserted on Friday that Ethiopia will start filling the dam “with or without a deal.” The Egyptian statement indicated tension, “as Nile water represents a matter of life or death for the Egyptian people, so Egypt asked the UN Security Council to intervene to avoid any form of tension and to preserve international peace and safety.”

In 2011, Ethiopia announced its intention to construct the Renaissance Dam for a total of $4 billion, with the purpose of becoming the largest energy producer in Africa. The dam is expected to produce 6,459 megawatts. This is the largest national project in Ethiopia. On the other hand, the dam is to reduce the Egyptian share of Nile water (55 billion m3) which represents the main resource (95 per cent) for water in Egypt. This is while Egypt already suffers water poverty, with an individual share