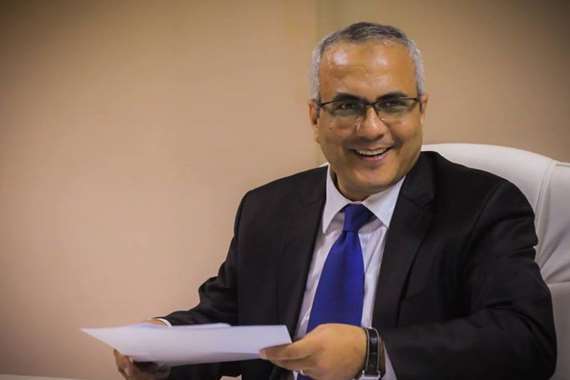 Journalist Adel Sabry, the editor-in-chief of Masralarabia news website, arrived at his home on Monday evening, after being released after two years and 5 months in pretrial detention.

Diaa Rashwan, head of the Syndicate of Journalists, announced that the writer journalist Adel Sabry, the editor-in-chief of the Masralarabia website, had been released after the end of the pretrial detention, pending case No. 441 of 2018 for those from the Supreme State Security Prosecution. Rashwan said in a statement, on Monday, that he had personally followed the procedures for Sabry’s release until he arrived at his home in a car belonging to the Ministry of the Interior. It is noteworthy that the security forces arrested Adel Sabry two years ago, on April 3, 2018, after storming Masralarabia headquarter, on the backdrop of a report translated from the site on “The New York Times” related to the phenomenon of electoral bribes in the Egyptian presidential elections 2018.

Although the storming of Masralarabia headquarters was linked to the fine decided by the Supreme Council for Media Regulation on the site, which was 50 thousand EGP (about $ 2850 USD), the security forces who stormed the headquarters claimed that they came to check the licenses of computers’ programs. Despite Masralarabia uses open source programs, a decision was issued by the neighborhood to close the headquarters because it works without permission. Adel Sabry’s imprisonment for “spreading false news and being a member in a terrorism party” continued to be renewed until the Giza Criminal Court decided to release him on July 9, 2018, which was not implemented.

In the time when his lawyers were ending the release procedures, they were surprised by including him in a new case, which is Case 441 Supreme State Security Prosecution (SSSP), and the charges were the same in the case in which a release order has issued to him. During the past two years, the Egyptian regime rejected all requests to release Sabry and even refrained from allowing him to attend the funeral of his mother or sister, who died during his pretrial detention.