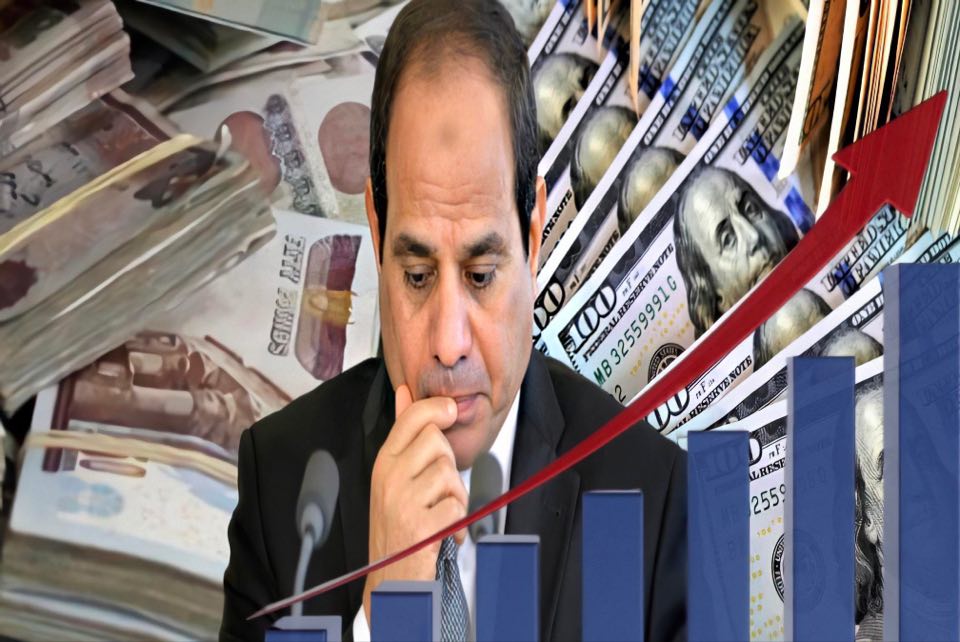 Recent forecasts by the International Monetary Fund (IMF) indicate that Egypt’s external debt during the era of Abdel Fattah al-Sisi will rise by 175 per cent by next June. This clarification came after Egypt’s foreign debts reached $120 billion by the end of the fiscal year 2029-2020, which ended at the end of last June.

The IMF indicated that part of this gap would be repaid through $3.2 billion, representing the remainder of the last loan payments that Egypt gets from the fund. These numbers indicate that the country needs another $9 billion over the next ten months to bridge the financing gap. After the outbreak of the corona epidemic, the total external financing needs of Egypt amount to about $42 billion during the current fiscal year. However, the report indicated that there are some risks, as the volume of credit is expected to jump to 49.5 per cent of total foreign currency reserves in the fiscal year 2021-2020, and to 8.3 per cent of the export of goods and services in the fiscal year 2024-2025.

It added that a slow recovery or a new outbreak of the epidemic would exacerbate pressure on public finances, leading to increased financing needs, high public debt, increased risks of debt insolvency, and additional production losses. He pointed out that this would lead to higher unemployment rates, increased poverty, risks of financial instability, and renewed pressure on capital flows and government borrowing costs.

Al-Sisi’s regime has expanded in borrowing from home and abroad, in recent years, to implement mega projects, whose economic feasibility is questioned by experts. This debt did not exceed $46 billion when Sisi came to power in June 2014 following a military coup by leaders against the late President Mohamed Morsi, when he assumed the Ministry of Defence in July 2013. This figure means that Egypt’s external debt increased during al-Sisi’s era by 145 per cent until the end of 2019. According to the IMF’s projections, it will increase by 175 per cent by the end of June 2021. These loans come amid significant negative repercussions on the Egyptian economy due to the corona crisis, as Egypt faces during this period the continued decline of its foreign exchange resources, from its primary sources such as tourism revenues and traffic fees in the Suez Canal.

Egyptian resources have been negatively affected by the decline in global trade rates and the possibility of a decrease in remittances from workers abroad. The latest central bank data shows that the domestic debt rose to about EGP 4.18 trillion ($262 billion) at the end of September 2019, while it was about EGP 1.8 trillion ($113 billion) when al-Sisi came to power. Thus, the internal debt in Egypt during al-Sisi’s rule increased by 43 per cent. According to the economic expert Mamdouh al-Wali, the real figure is expected to be higher.

Suppose external debt estimates currently reach more than $120 billion, and the repayment period extends to 2071, interest estimates for those loans reach about $43 billion, making the value of installments and interest exceed $163 billion. This means that the cost of interest represents 36 per cent of the principal amount of the debt. 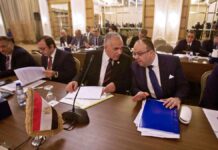 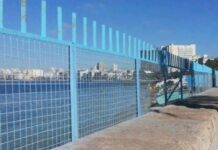 “Save Us” The last shout of Egypt’s detainees