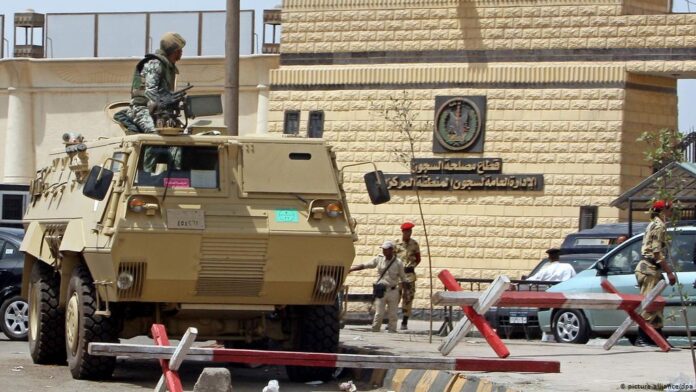 Egyptian prisons recorded 68 deaths in detention centres during the first six months of this year, according to a report by the Community for Justice human rights organisation. The report said that Egyptian prisons recorded 4,664 violations inside prisons and detention centres between January and June. The report, titled “From Neglect to Tragedy,” added that various violations were monitored, including denial of health care, ill-treatment, arbitrary deprivation of liberty, enforced disappearance, and torture. The report showed that 10 cases were due to unfair execution, 51 deaths as a result of the denial of health care, three deaths as a result of torture, and four deaths resulting from poor conditions of detention. It pointed out that January and June witnessed the highest death rate, with 15 and 13 deaths, respectively.

The report quoted the international organisation’s executive director, Ahmed Mefreh: “The first six months of this year are among the worst periods that have passed for detainees in Egyptian prisons and detention centres for decades.” He added: “In addition to the systematic violations against them, including medical negligence, torture, and poor conditions, the corona epidemic has increased their suffering.” The deaths indicate a dangerous escalation of medical negligence leading to deaths in Egyptian prisons, in light of the corona epidemic’s spread. Some countries rushed to release their prisoners for fear of a spread of infections.

Coronavirus is spreading inside prisons and places of detention in Egypt without real action to confront it, meaning it’s possible that the number of deaths among detainees will increase. According to statements by the pro-government Egyptian journalist Mohamed el-Baz, the number of prisoners and detainees in Egypt ranges from 110,000 to 140,000 prisoners and detainees. Among them, 26,000 are held in pretrial detention.