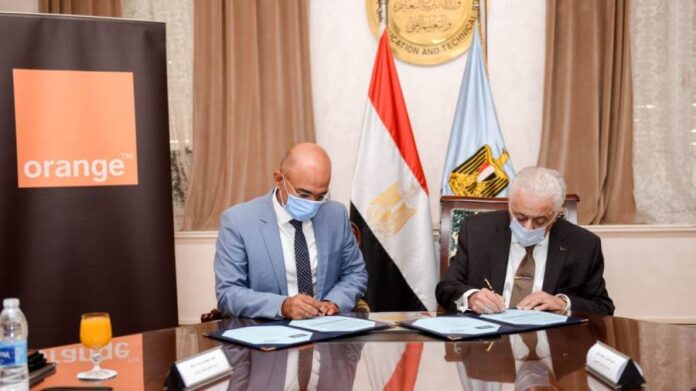 The Ministry of Education in Egypt, in cooperation with the Ministry of the Interior, has launched intensive campaigns on private tutoring classes centers during the past few days. The ministry justified these campaigns by saying it aims to prevent gatherings due to Corona. During these campaigns, many teachers were arrested before they were released after paying bail.

Observers link the tightening of private tutoring centers with the Ministry of Education’s signing with “Orange Egypt,” a cooperation protocol for managing a digital platform for e-lessons launched by the ministry for three years. Observers pointed out that this service will certainly be paid, and therefore parents will be burdened with other burdens.

Many questions raised about why the government focuses on these centers because it is places of gathering, in violation of preventive measures against the Coronavirus, while no actions taken against crowding at post offices at the time of receiving salaries and pensions. Many activists published photos of massive crowds in front of the government facilities.

A teacher (who refused to be named) says that the only one affected by the school closing process is the guardian. He explained that the teacher who used to collect from each student in the center 100 EGP per month, at an average of 4 thousand EGP per group, will take the same amount (4,000 EGP) from 10 students smaller groups (each student 400 pounds). He added, “The alternative to closing these centers with popular prices is private schools, which 90% of the families cannot afford.”

As a parent, who has two boys in primary school, “I cannot rely on the school during this foundation stage; otherwise, they are destined to fail.” He added, “Private tutoring has become a fait accompli in the lives of Egyptians, and the closing its centers meaning that the only alternative is private groups, which only the rich can afford.”

According to official data, the volume of Egyptian family spending on education is estimated at 5.2 thousand pounds annually, representing 4.5% of the total annual spending. The private lessons item came at the top of the list with 37.7%, equivalent to 1.9 thousand pounds.