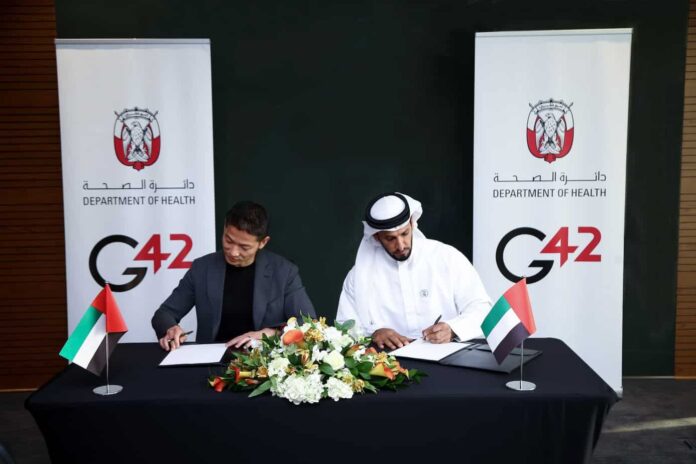 Last Sunday, and with a very weak turnout, Egypt started clinical trials on the Chinese vaccine for the coronavirus. The trials coincided with the UAE’s announcement that it has authorised the emergency use of the vaccine for the most pandemic-exposed members of the medical teams. The Egyptian step was taken amid an atmosphere of anticipation and fear by the specialists because of the absence of many medical guarantees, besides the bad reputation of the Emirati partner of the project.

On Sunday September 13, the Egyptian Ministry of Health began clinical trials on the Chinese vaccine under the name For Humanity, through VACSERA Co. affiliated to the ministry, and in collaboration with the Emirati G42 and the Chinese Sinopharm. The volunteers’ number amounted to only 20 out of the 6,000 volunteers Egypt hoped to get. Sources inside the Ministry of Health said that dozens of volunteers were reluctant to participate in the trials after everything was explained to them when they arrived at the designated places, which are the headquarters of the Holding Company for Vaccines and Sera VACSERA, Abassya Chest Diseases Hospital, and the Liver Institute.

The name of the Emirati partner stirred a great deal of tension after the many suspicious roles it performed in the past years were revealed. The New York Times exposed a scandal about the company’s use of one of its mobile applications ToTok to spy on users, which prompted Apple and Google platforms to remove the application.

The Emirati G42 has been working in Artificial Intelligence since it was founded in 2018 for the service of many areas, such as healthcare and communications. It provided an audio and video online calling service via its previously mentioned application that was particularly used inside the Gulf countries, where these services that were provided by other, more secure applications like WhatsApp and Face Time are banned.

According to the American newspaper’s article, the Emirati Intelligence used the application to spy on every conversation, movement, relationship, appointment, and voice of anyone who installed the application on his phone.

The announcement of the Egyptian Ministry of Health’s partnership with G42 took place a few weeks only after the latter announced its collaboration with the Israeli company NanoScent in the field of fighting the coronavirus. The collaboration aimed at developing a device that can detect the virus via odour-reading technology, and it is the device that was delivered to the UAE who started trying it out at the end of last August.

During the signing of the Memorandum of Understanding with the Israeli company, Ashish Koshy, CEO of G42, said, “With this collaboration with NanoScent, we will be able to add strong solutions to our portfolio of comprehensive diagnostic solutions that already has LamPore and PCR tests.”

Oren Gavrieuly, CEO of NanoScent, said, “In 2009, I drove my car from New York to Washington DC to attend a conference organised by Jordan. During the conference, several companies presented the latest developments of the Middle East, and I realised then that Israel has no presence in the Middle East in many respects. Since then, I have focused my efforts on making Israel an active part of the region by hosting several local activities in Israel. Fortunately, NanoScent is now contributing to the improvement of the Middle East’s reality by providing advanced technologies for COVID-19 testing.”

The Chairman of the Board of Directors of G42, Bing Shao, used to work as a manager at the Pegasus Company affiliated to DarkMatter, which is a company specialised in digital security owned by the Emirati Intelligence Agency.

The American Embassy in the UAE refused a proposal from Abu Dhabi to conduct corona testing on its employees for fear that the tests will be used as espionage activities through a project supervised by a Chinese company and a “company from Abu Dhabi with a mysterious ownership structure.”

The Egyptian Minister of Health, Hala Zayed, said that the vaccine trials are being carried out in four Arab countries and a new precedent has been achieved by the participation of volunteers in the UAE, Bahrain, Jordan, and Egypt. She indicated that these trials target 45,000 subjects all over the world and that, up until now, the trials were conducted on 35,000 subjects. She pointed out that Egypt is supposed to participate 6,000 subjects in these trials, where the participants will be given two doses of the vaccines with a 21-day-interval between the doses and follow up on the participants for an entire year.

Dr. Heba Wali, President of VACSERA, said that a life insurance policy, of varying value according to the side effects that a volunteer might suffer, will be done as one of the safeguards made for the protection of the volunteers subjected to the coronavirus vaccine’s studies.

Last August, the Egyptian House of Representatives approved a bill regulating clinical medical research known as the Clinical Trials Law. This law obligates research institutions conducting clinical trials on Egyptian volunteers to ensure their future through a life insurance policy against the risks and complications.

Dr. Mona Mina, the former Secretary-General of the Medical Syndicate, commented on the Ministry of Health’s initiation of clinical trials of the vaccine by saying that many indicators ring strong alarm bills. She demanded that the processes of the clinical trials must show complete transparency and pointed out that Oxford University has terminated its coronavirus vaccine trials because of the complications that some of the volunteers suffered from.

Mina said, “Public opinion must be assured of the phases that have already been done in these vaccine trials, including where these trials will be carried out. By whom will these trials be supervised? How will the volunteers will be selected? What are the volunteering determinants for those who want to participate? And what are the guarantees that will ensure the safety of the volunteers and their receiving treatments should they suffer any complications?”

Dr. Alaa Awad, professor at Theodor Belharz Institute, warned against the hasty production of the vaccine, saying that “AstraZeneca Co. decided to suspend the vaccine clinical study that was developed by Oxford University for the COVID-19 virus, which was supposed to be produced by this company, after the emergence of serious side effects that might be the result of neuroinflammation affecting the spinal cord. The frenzied rush to produce a vaccine for this disease, under the pressures of economic interests and political competition, might cause a catastrophe. Disciplined and cohesive studies conducted over sufficient time are the only way to develop a safe and effective vaccine.”

Has Egypt turned into a dumping ground for hazardous waste?

The roar of poverty pushes Egyptians to psychological illness and crime